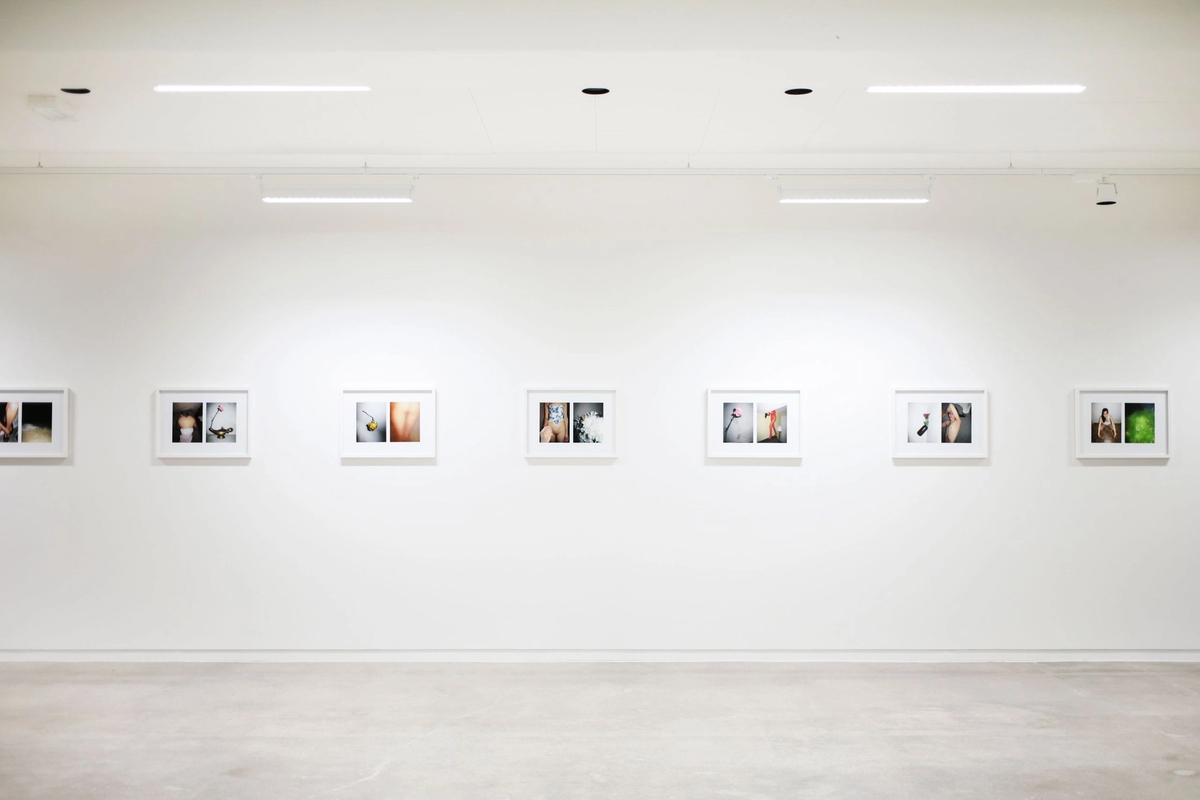 People who aren’t into any fetishes or role-play in general have a hard time understanding them and for that reason, among others, it’s queer. It’s funny how that happens. Though you are a white heterosexual man, as far as your sexual interests go are queer.

But this isn’t really even about BDSM. It’s very sad to me to hear that a woman came up to you, as she did, to tell you that your work depicts and perpetuates violence against women. I wish you would’ve asked her which painting she was referring to because it’s hard for me to think of one that would do such a thing. The only thing that I could think of is the paintings of you documenting your recently spanked ex-wife’s ass. Do you think she was referring to your Instagram account? Is it that difficult to notice that all the pictures of women on your account are of me?

Context is so important. Context is intention. Your intentions are sincere, intimate, and romantic. They can easily get lost when images begin to circulate. It's not really your responsibility what happens when they do. For one you’re not a social worker, it’s not your responsibility to make work that makes everyone happy. It’s impossible. Yes, you should be conscientious of what you do. Yes, about less than 10% of your work objectifies women who want to and ask to be objectified. No, not all objectification is bad. Alex Katz constantly objectified his wife; they just weren’t perverts. Yes, some things are actually sexist and need to be called out. Those things shouldn’t be out there in the world but your work isn’t one of those things. It’s not sexist, it’s just sex. It seems like more than ever people have trouble differentiating between the two.The thing that bothers me most about this more than anything is that it completely ignores my participation and the pleasure I derive from being a masochist, exhibitionist, and fetishist. I find it to be a bit shaming. It completely robs me of my sexual agency and makes me feel completely invisible. It also robs us of the fun we share intimately. I guess in putting work out there in the public we both inadvertently rob and get robbed by our audiences.

Everything you’ve ever done has been about your life. You’ve only ever painted women you’ve loved. You’re not like sleazy artists that only depict women sexually and boringly, in some kind of standard patriarchal ‘sexy’ template. What you do is so much more intimate and subversive, so careful and considered.

As male dominated as our culture is and with internet ‘call out culture,’ which sometimes feels a bit more like McCarthyism, I could very easily see how someone who really hasn’t spent much time looking at your work or has dogmatic or overly politicized ideas about sex might think your work is sexist simply because you are a white man. What they fail to see is that while you occasionally paint women, of those few times only a small number of them are sexually, and when they are you portray us honestly. You cherish all the ‘imperfections’ that society has conditioned me to feel ashamed of. You always ask for permission and how I feel about it. Very much outside of the standard ‘sexy’ template, I think we need more of these kinds of depictions from white heterosexual men.

I love you. For every one person who calls you sexist there are quite literally hundreds more who are touched by your very personal work. Don’t forget that. It’s so easy to remember the negative things people say because those are the ones that leave a mark, and the only reason you feel the mark is because you actually care.

When I was asked to do this show, Bjarne Melgaard encouraged me to make the most provocative, sexually explicit work I wanted to make. This was fortuitous for me because I'd been wanting to show work like this for a while, and had been discussing it with my partner, but couldn't think of a venue that would be willing to show the sort of work I wanted to make. I was grateful when I was offered this opportunity out of the blue. It seemed like somehow it was meant to be since it had been on my mind so much.

The work in this show is more sexual than work I've shown in the past strictly because I'm finally in a relationship with someone who is like me. Who's a voyeur and an exhibitionist and a pervert. Everyone reading this press release is reading it because their parents had sex. We're all having sex, or trying to. Why sex is still a taboo subject matter in art amazes me, and saddens me. That my sex life is atypical means that the work doesn't necessarily look like what people think of as a 'normal sex life' - but for us, it's our normal sex life. Generally if things aren't depicted in contemporary art, it usually to me implies that they should be, that they're invisible for a reason - they make people uncomfortable, they make people question good versus bad taste. We don't see paintings or photographs of elderly people naked - probably because nobody wants to face the reality of what it means to age and what happens to your body as it faces its mortality. Culture right now seems very puritanical (at least in North America) on the surface, and very debauched once you dig for a while. I'm interested in what happens when you dig for a while.

In making the work for this show, I thought about Nobuyoshi Araki, who is known for his very sexual photographs of various Japanese women in the sex trade. Or photos that depict his own sexual interests. But the work of his that I like, and that I felt had a relationship to what I'm trying to do were the books Sentimental Journey and Winter Journey - the first depicts his honeymoon with his wife, and the second documents her dying, which happened fairly quickly after they were married. The books are sexual in parts, but fundamentally they're about intimacy, the intimacy of sex and the intimacy of death. Things that make the audience uncomfortable at times.

No one ever said that the audience is supposed to be comfortable.

Inquire about available works from the exhibition Honeymoon Rehersal 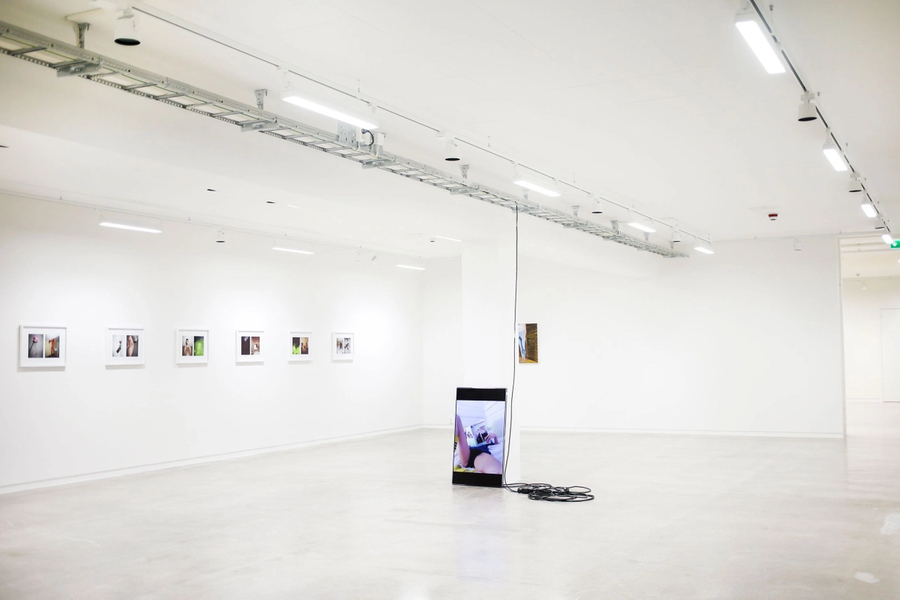 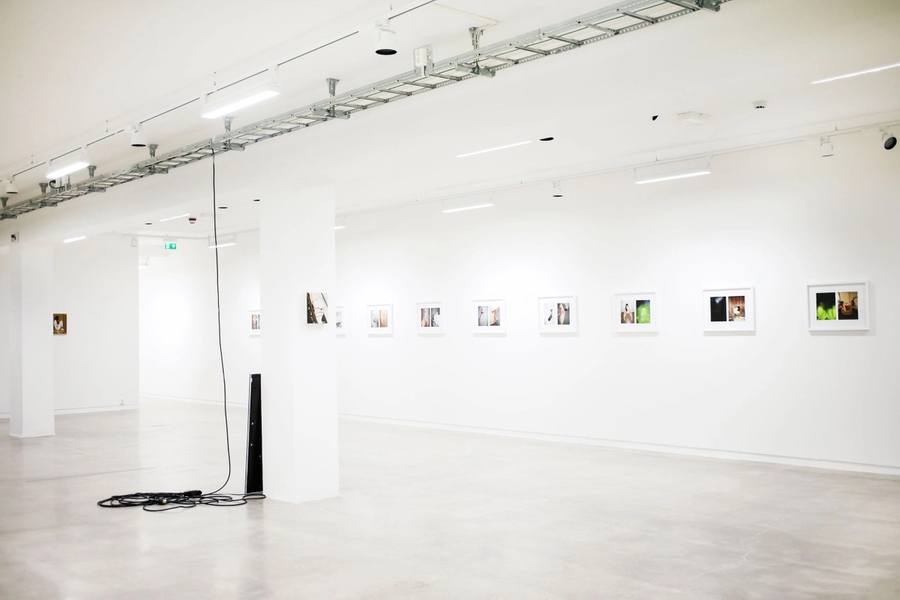 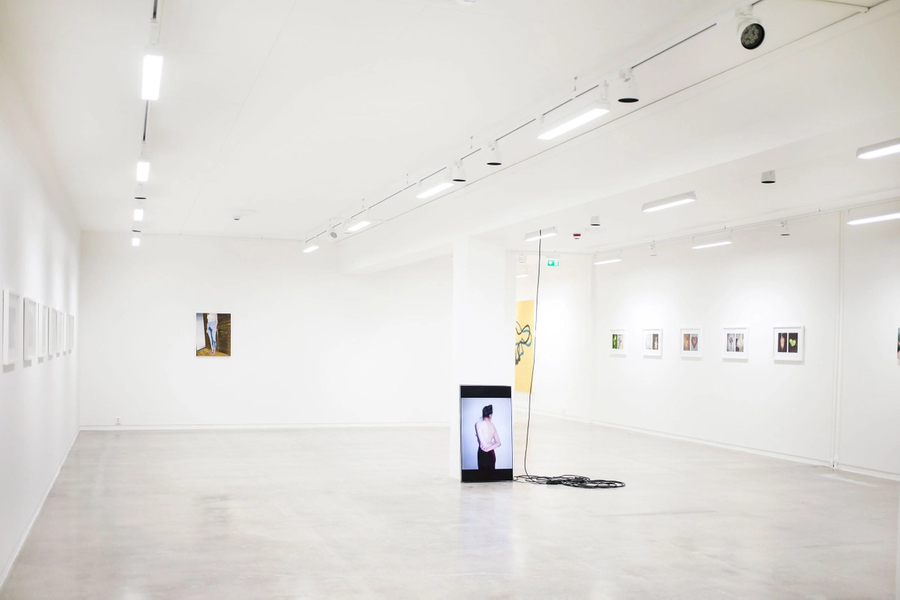 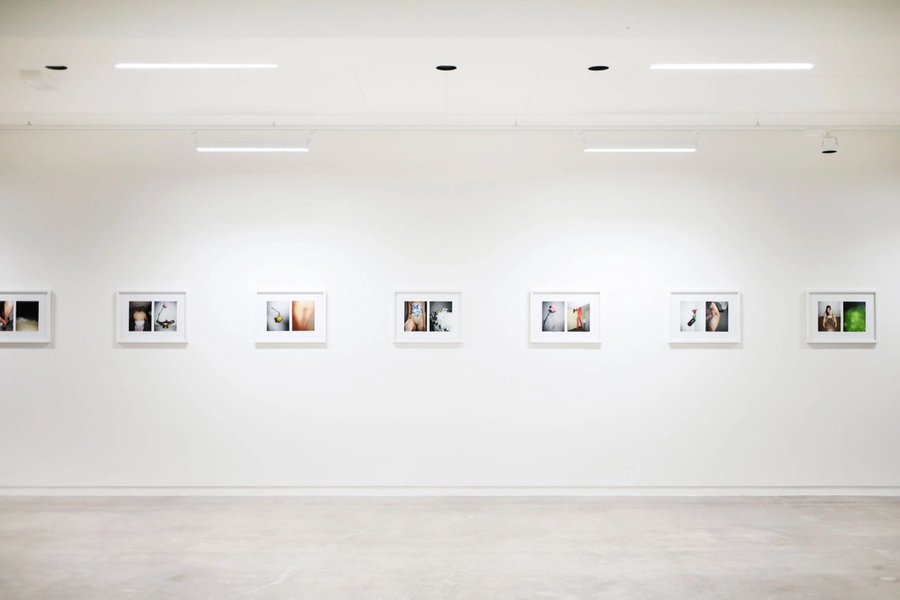 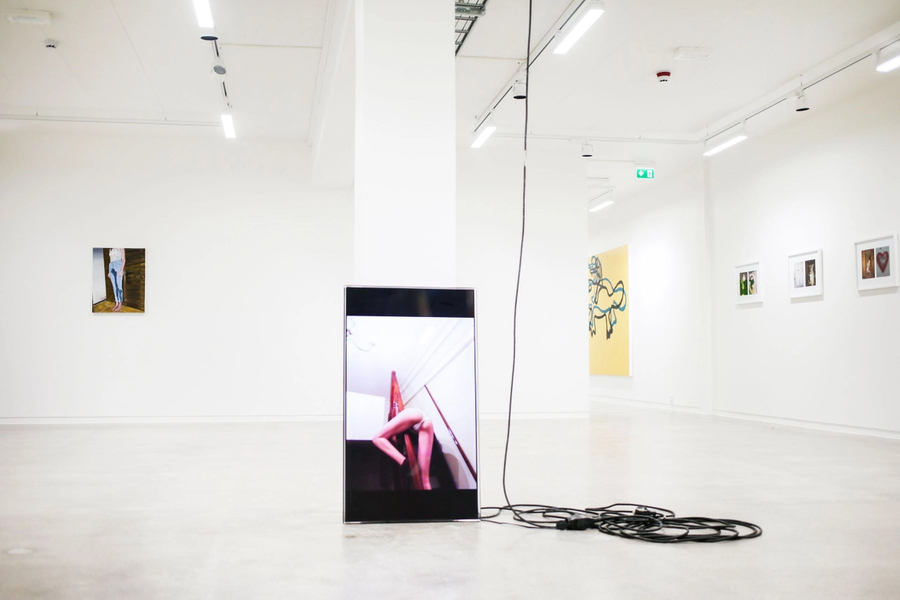 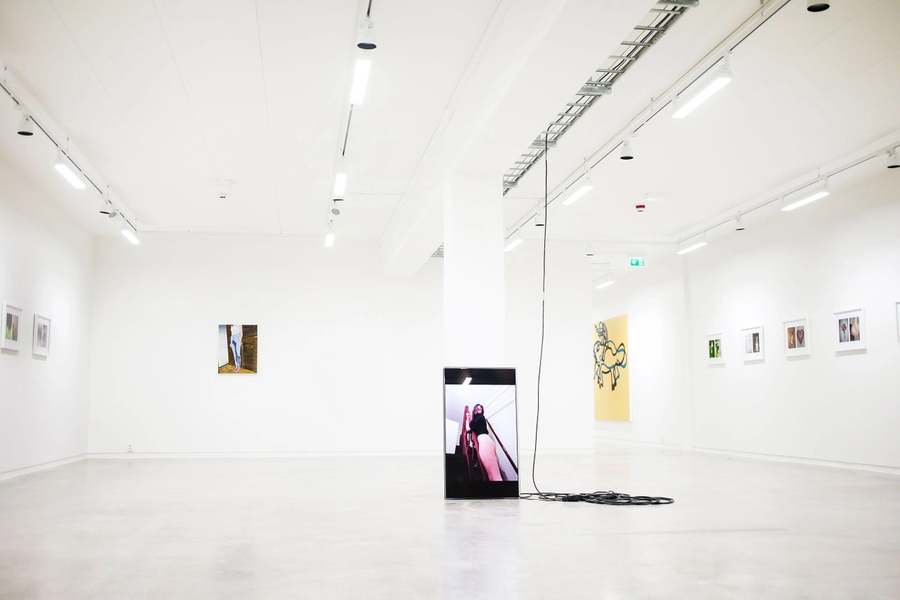 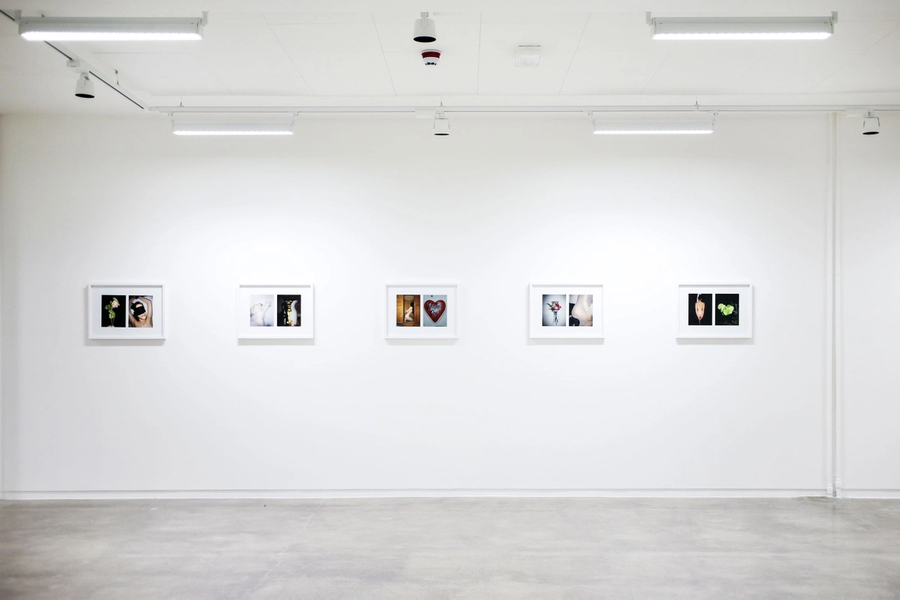 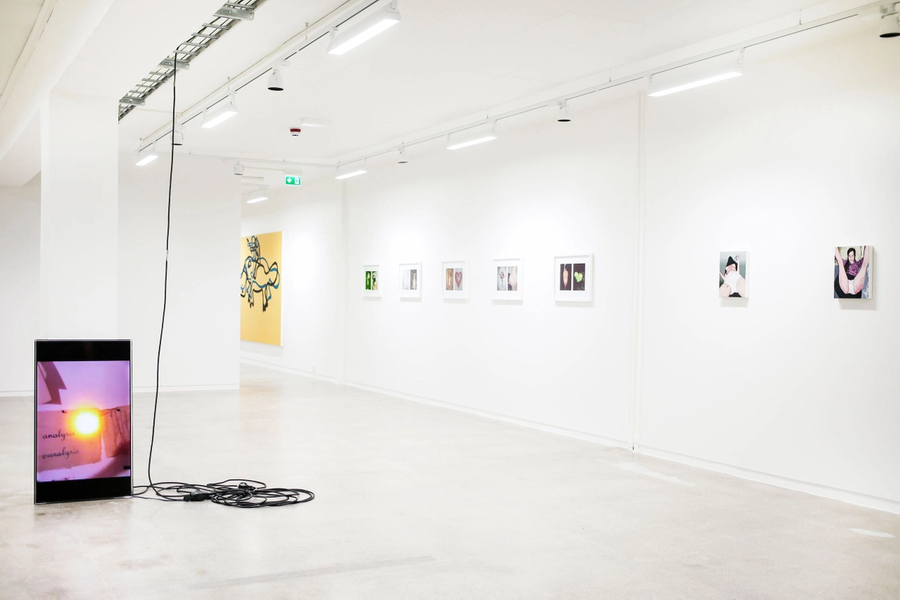