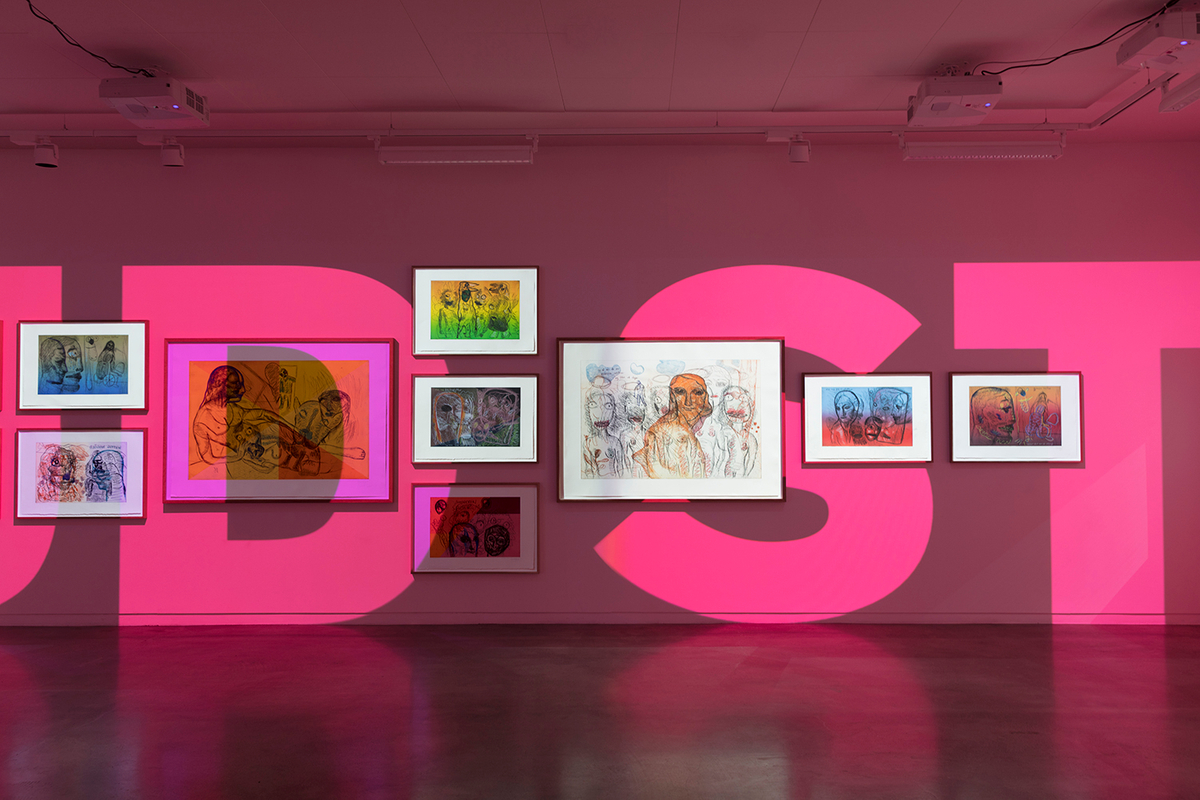 Together again after five years: Melgaard and Bjertnes are opening two exhibitions with collaborative art works.

Bjarne Melgaard and Sverre Bjertnes are joining forces again and collaborating on artworks for two exhibitions, opening January 12th in Oslo, at Galleri Brandstrup and Rod Bianco. It has been five years since their last collaborative projects in New York, which received wonderful reviews by several esteemed New York art critics.

Between 2011 and 2013 they both lived in New York, where they worked together on several projects. Their exhibition ”After Shelley Duvall ́72 (Frogs on the High Line)” at Maccarone Gallery in 2011, which Melgaard curated, was awarded the title ”The Exhibition of the Year” by Art Forum, and was named by The New York Times one of the most interesting exhibitions of that year.

Two years later The New York Times called their joined project ”Mary Boone” for their booth at the Armory Show the highlight of the art fair. The same year Melgaard curated Bjertnes ́ art works for the warmly critiqued exhibition ”If You Really Loved Me You Would Be Able to Admit that You ́re Ashamed of Me” at White Columns gallery in NYC.

Throughout 2017, Melgaard and Bjertnes, have worked in their studios in Oslo, together and separately, on their collaborative works which will be shown at the exhibitions. Central to both exhibitions is the Norwegian author Stig Sæterbakken ́s (1966-2012) unpublished material from Sæterbakken ́s artistry, such as poems, photographs, and recordings from his rock ́n roll band, that will be shown as a part of both shows.

The exhibition at Galleri Brandstrup has the title ”Den borgerlige byrde” (The Bourgeois Burden), and will consist of sculptures, installations, and 15 new paintings – the largest one being over 6 meters long. This painting is called ”Gjennom natten” (Through the Night), after author Stig Sæterbakken ́s last and critically acclaimed novel.

he exhibition at Rod Bianco, titled ”Noe må gå i stykker” (Something Has to Break) consists of hand coloured etchings and bronze sculptures. Important to both exhibitions is the artists’ collaboration with the Norwegian light design studio Void, which amongst others has light designed concerts for A-ha and Kraftwerk. Void created a light installation and a projection of Stig Sæterbakken ́s rock lyrics, which moves above the artworks, for the exhibition at Rod Bianco. 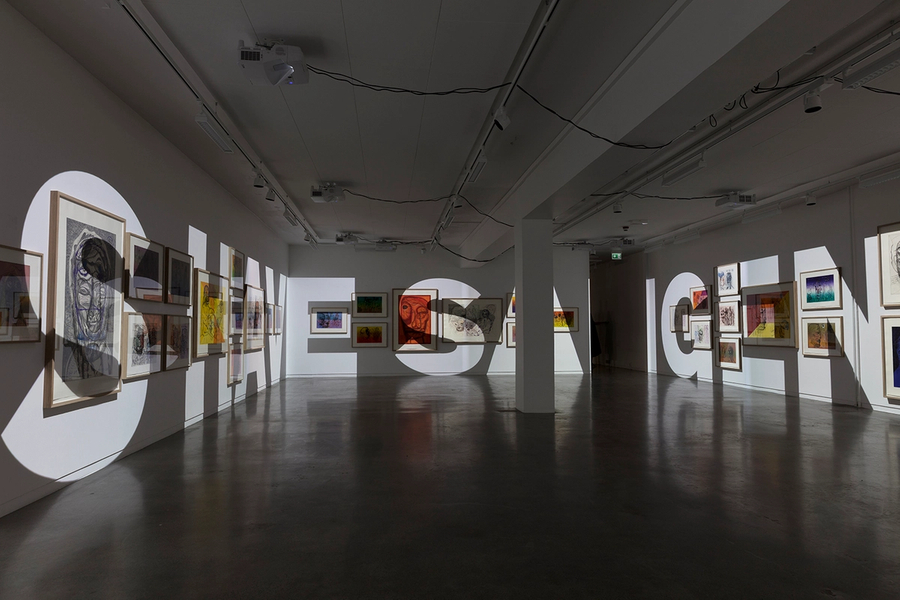 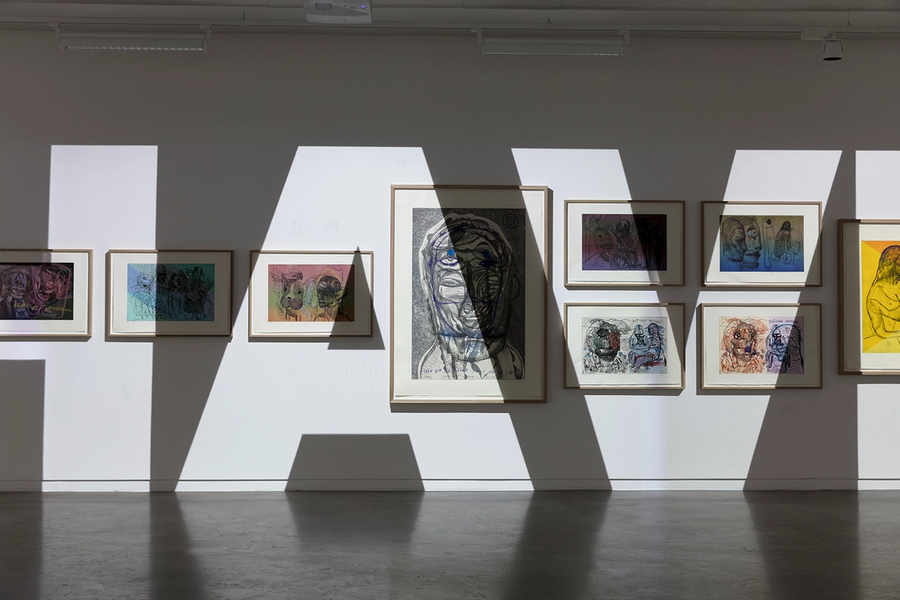 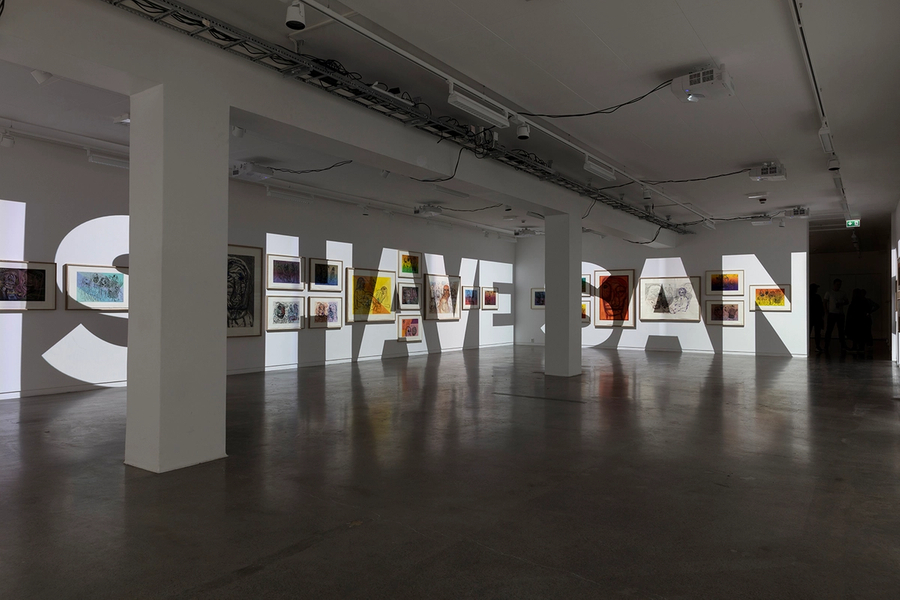 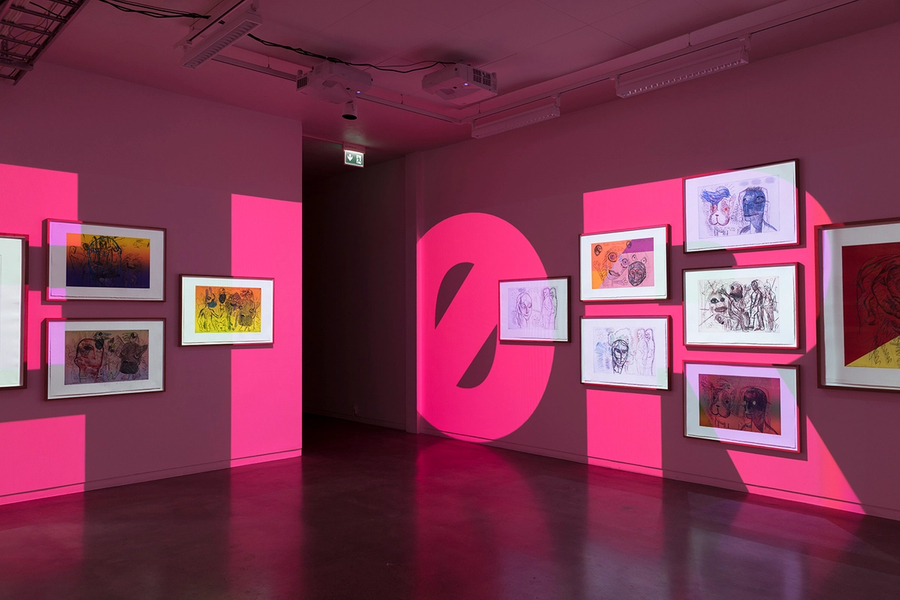 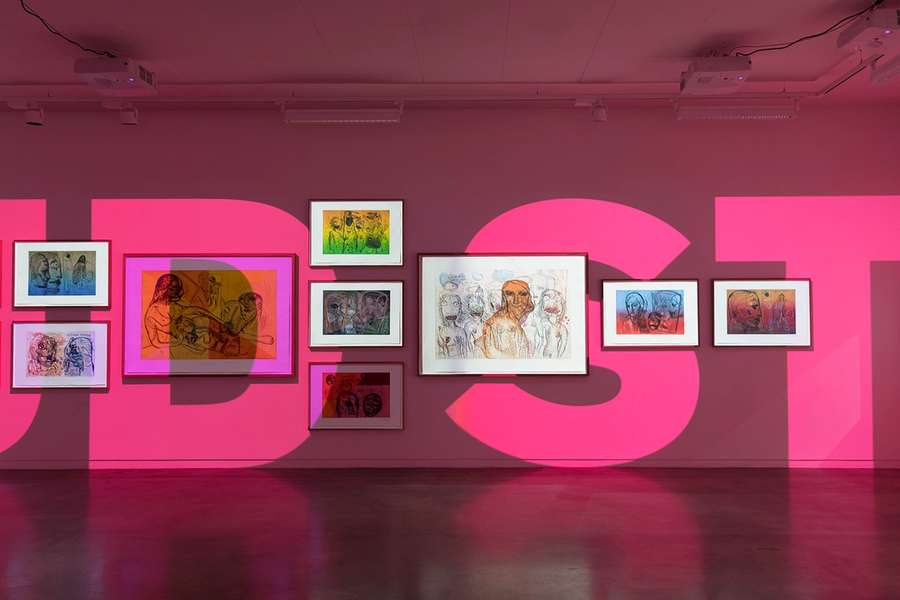 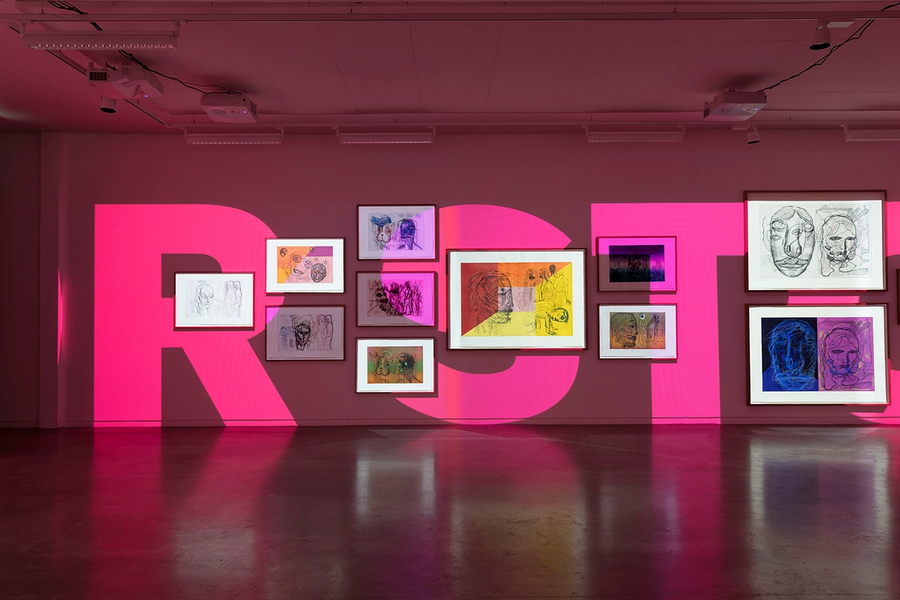 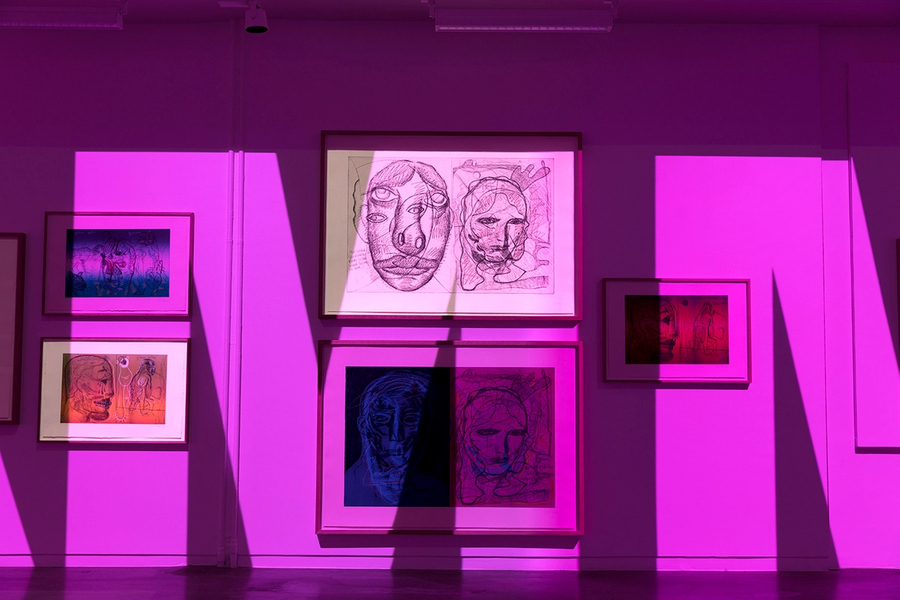 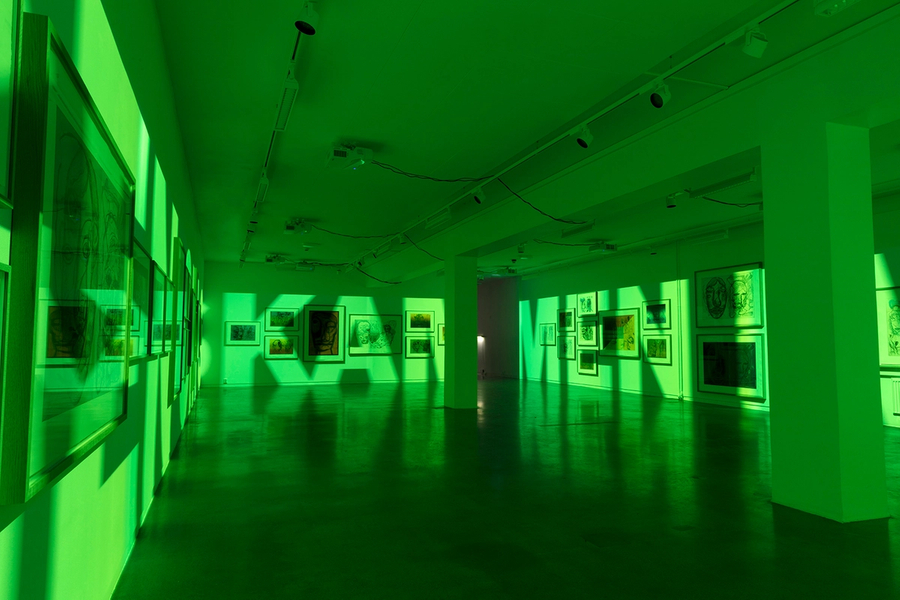 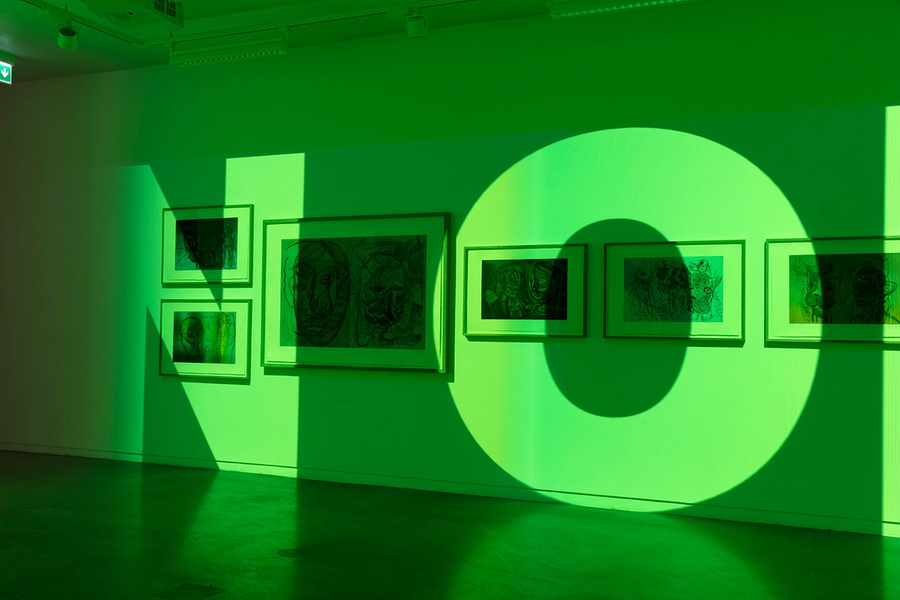 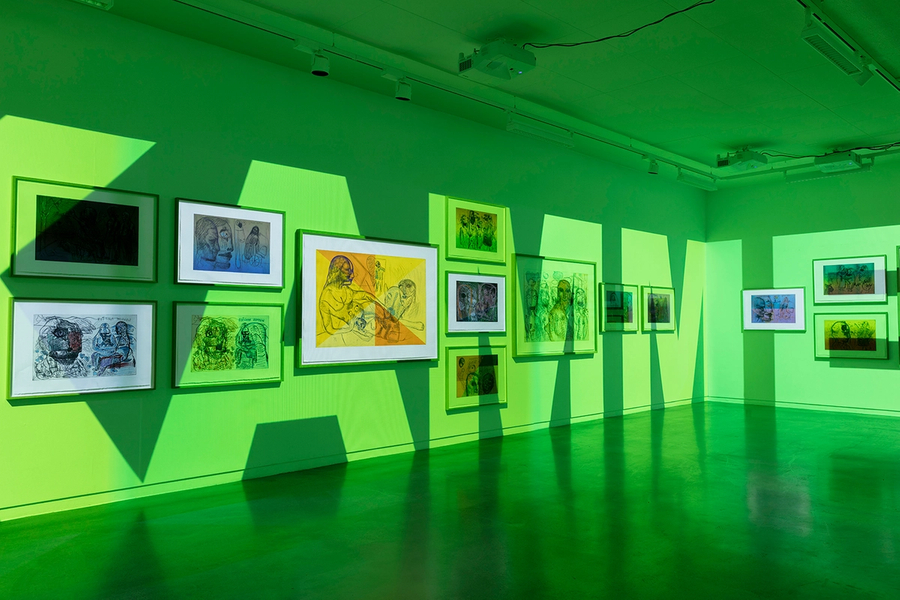 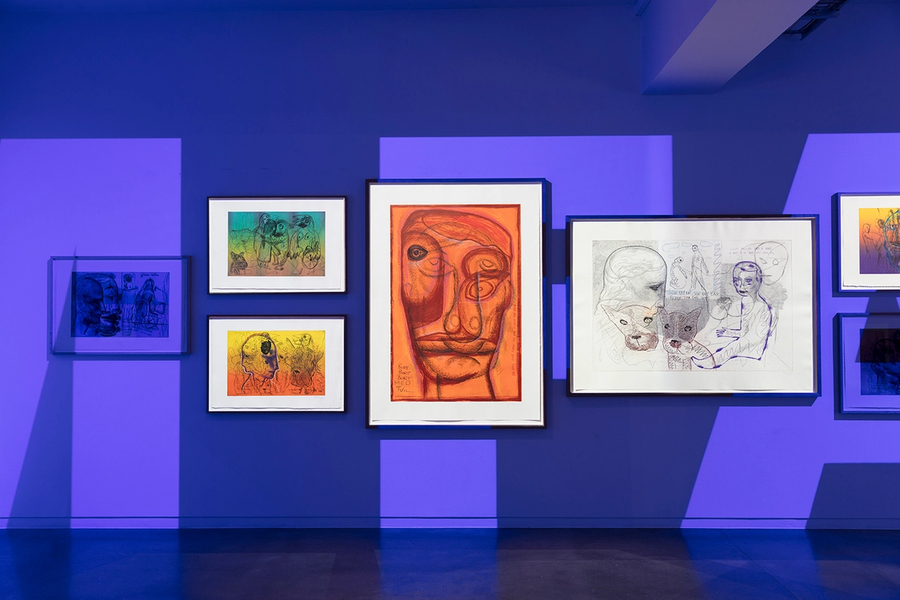 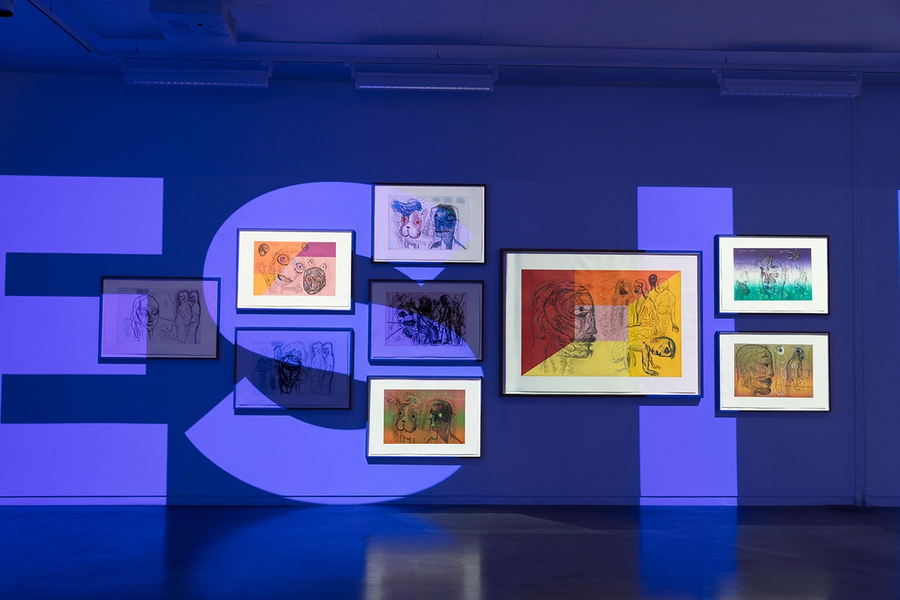 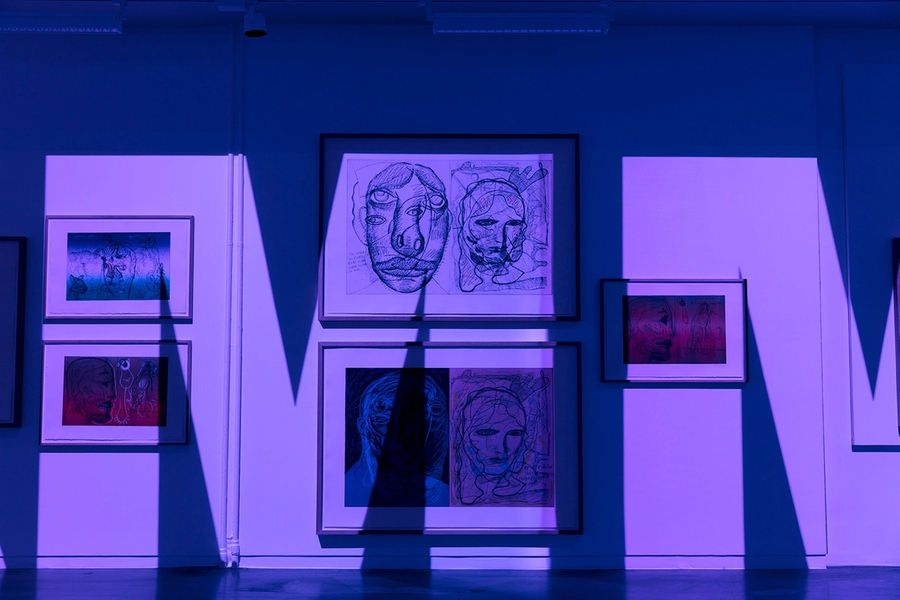 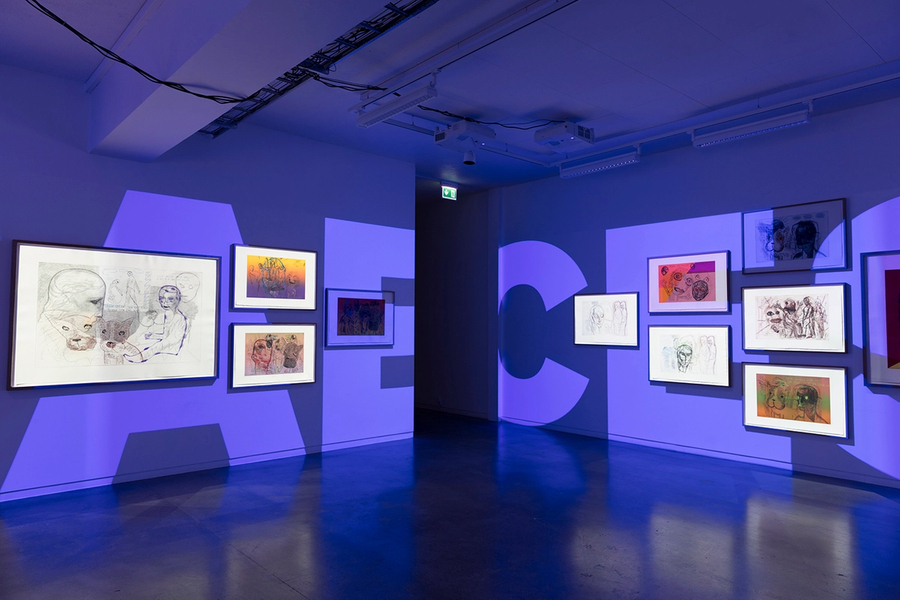 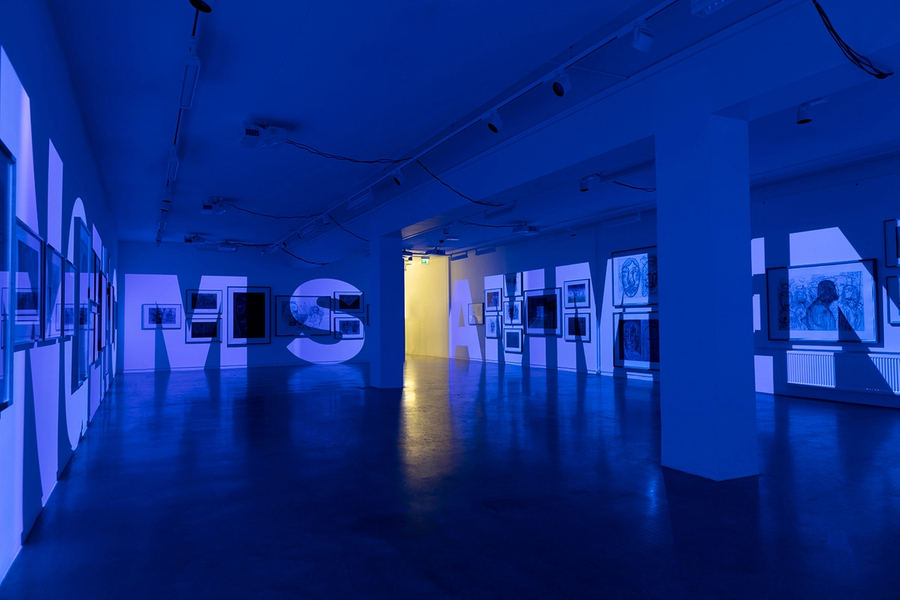 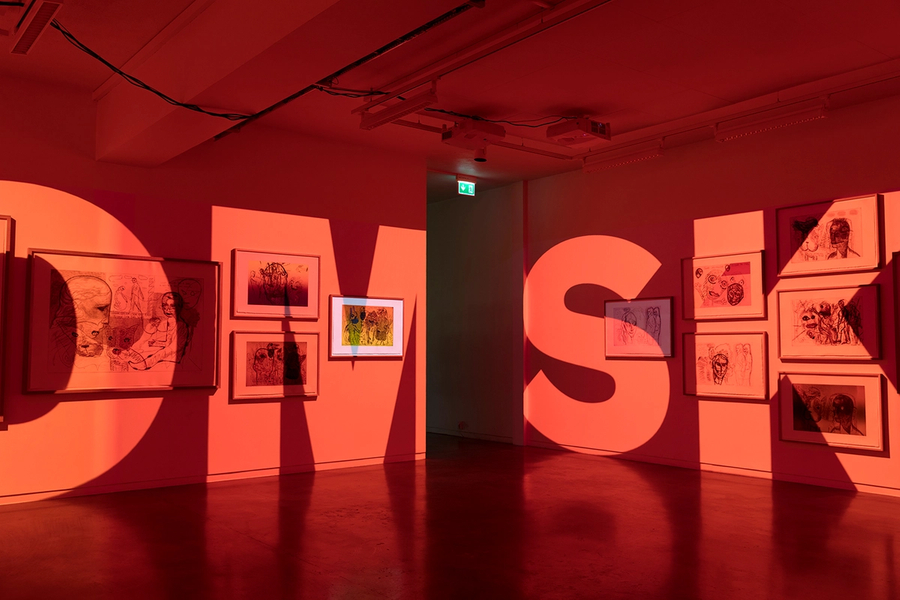 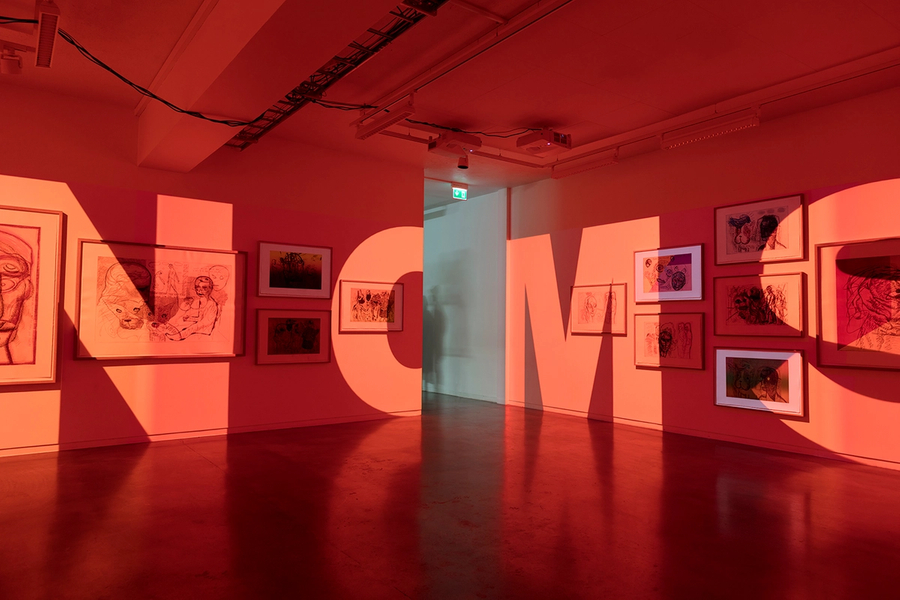 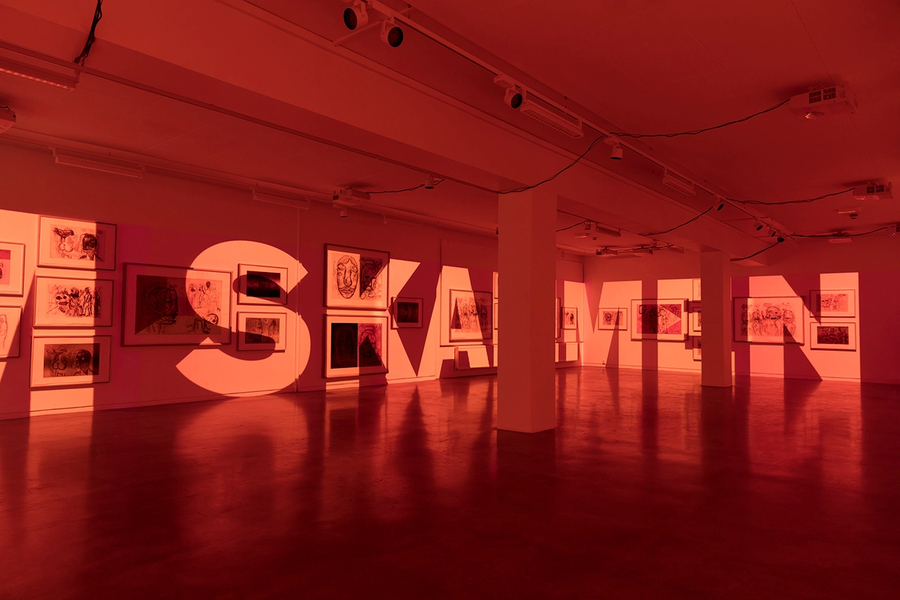 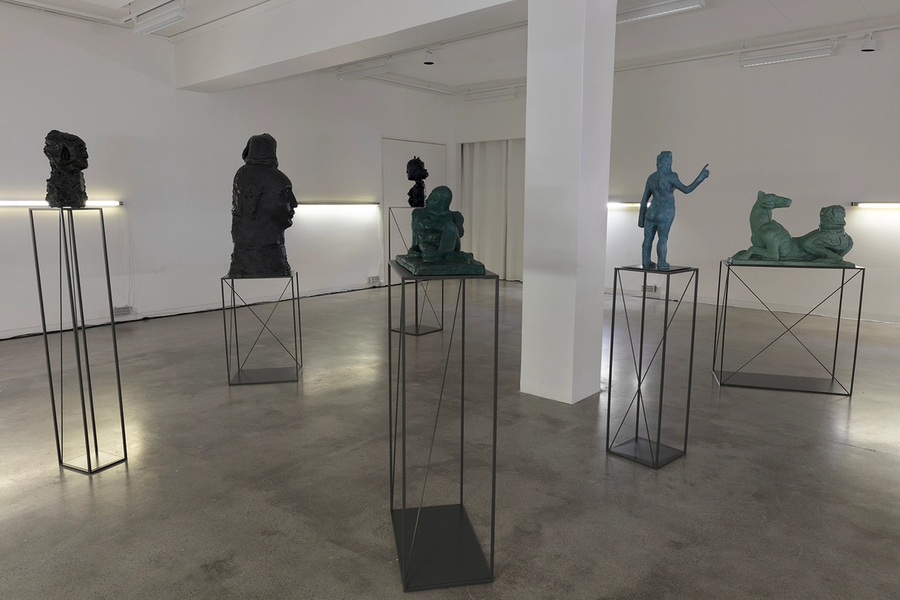 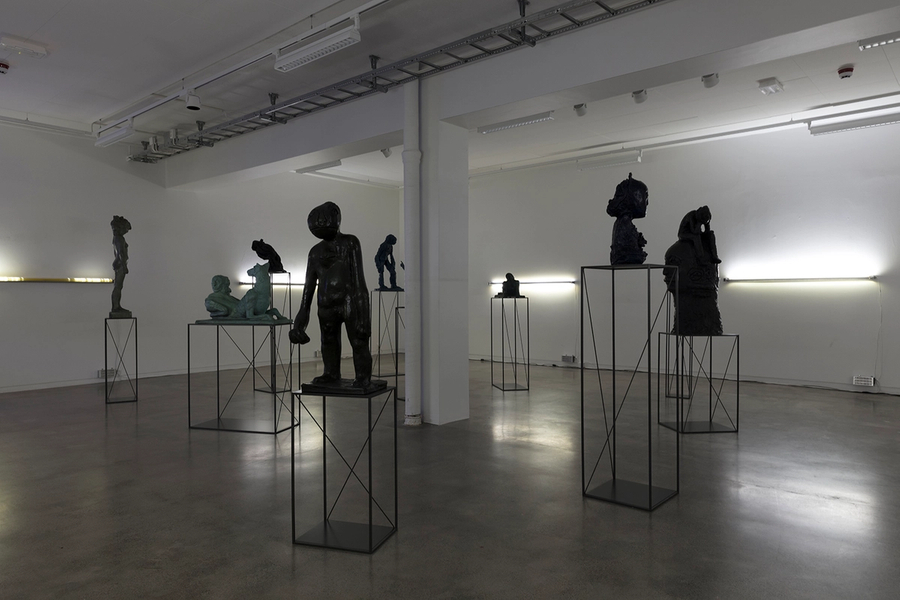 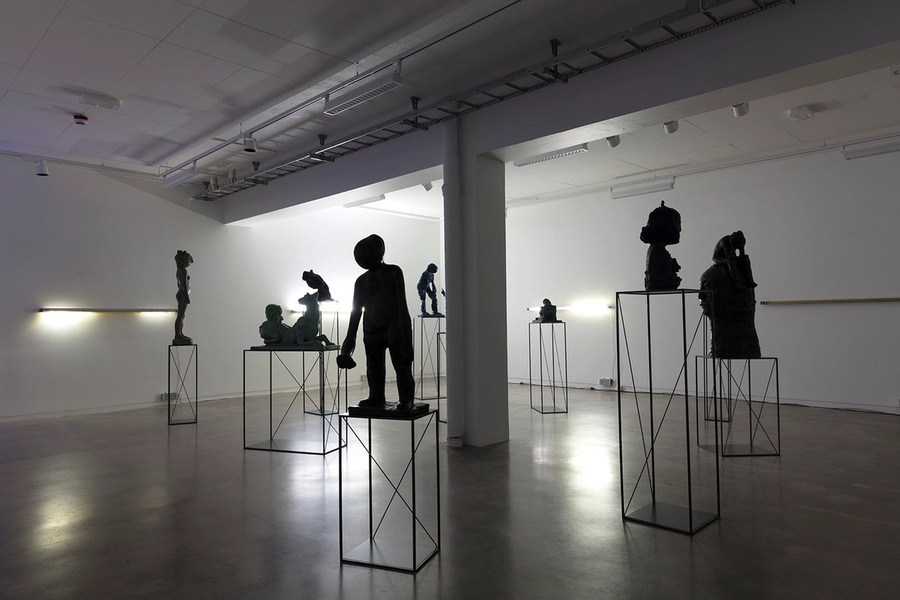 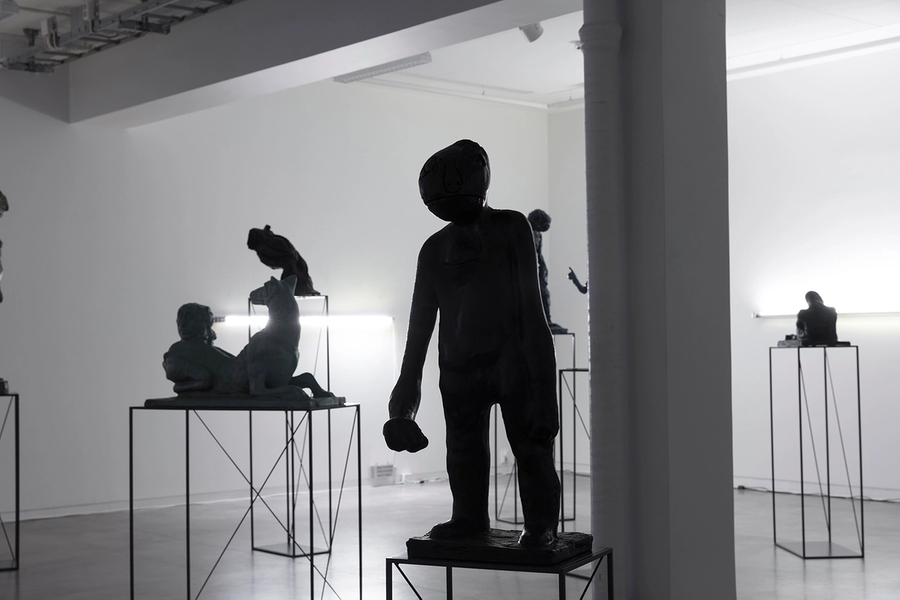 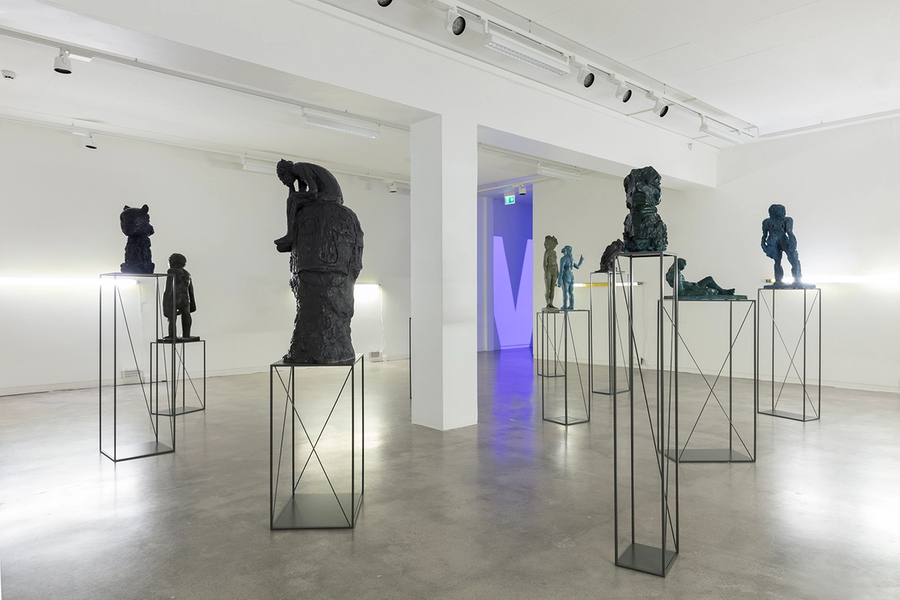 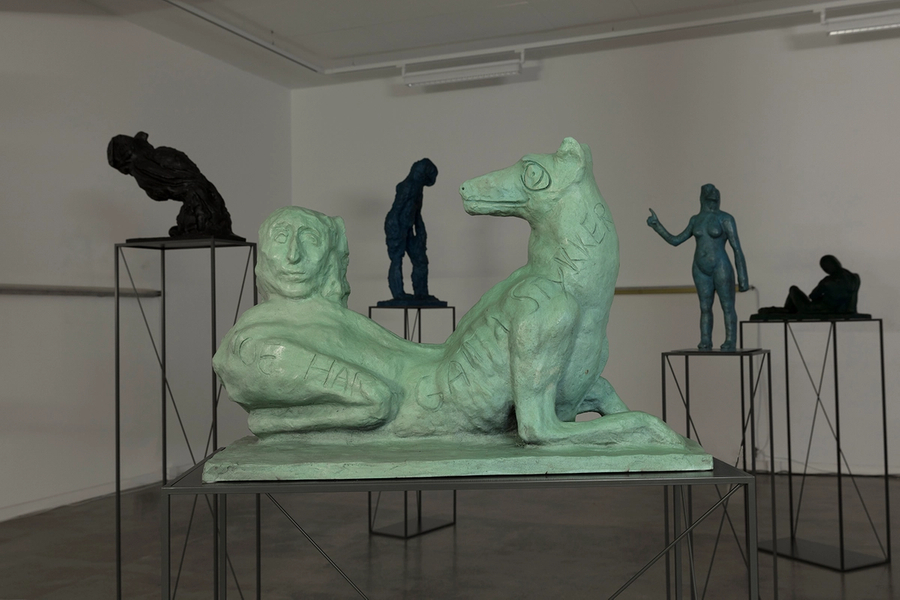 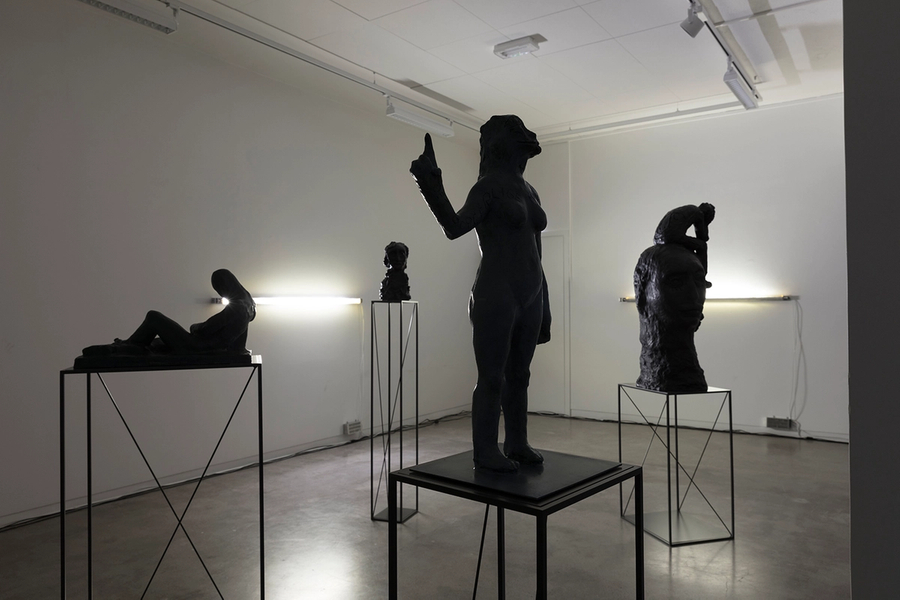 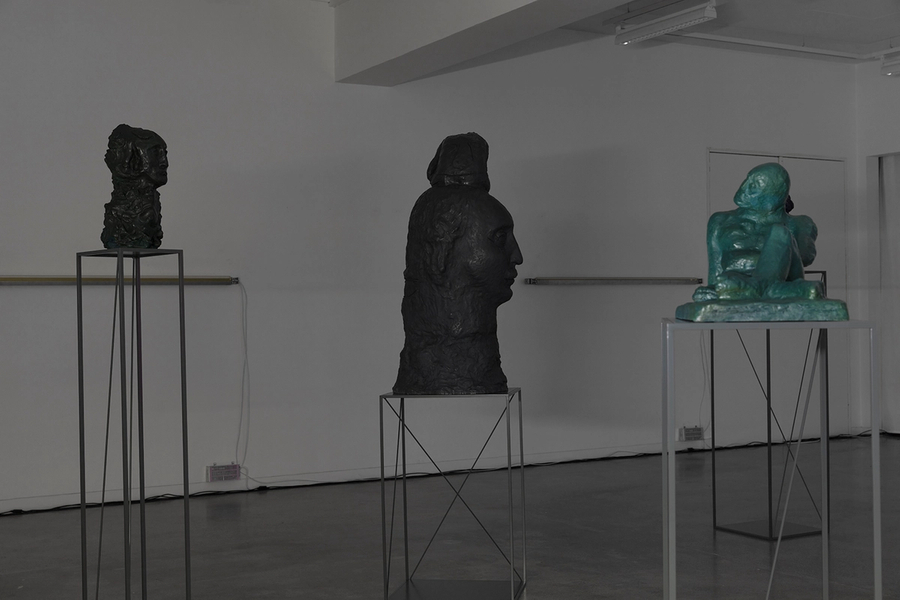 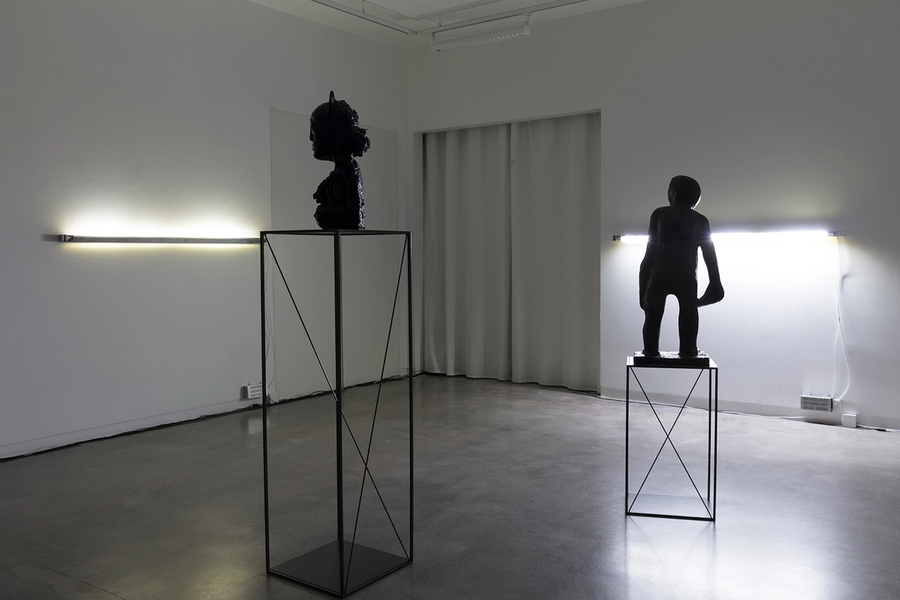