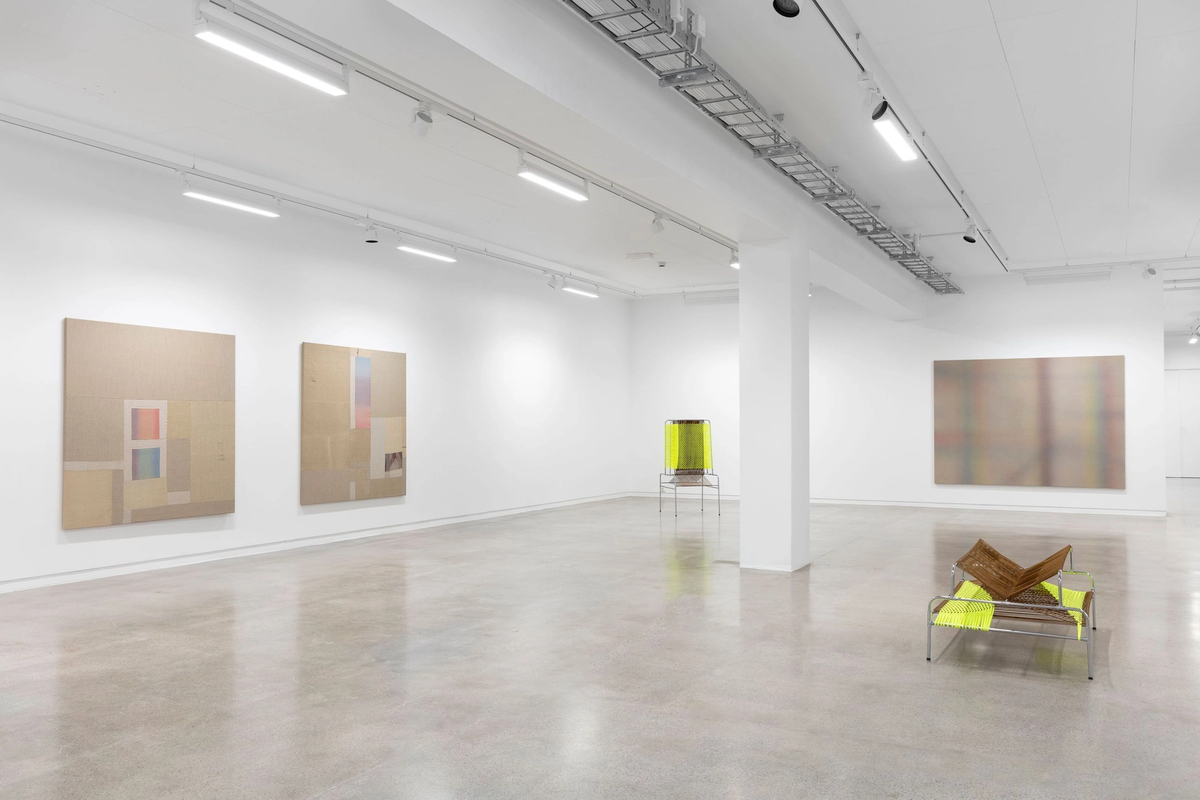 If you absolutely must speak when faced with one of Erlend Grytbakk Wold’s canvases, it’s tempting to wax poetic. His spray-painted watercolors typically recall ephemeral visual states like the ocular flickering you’re likely to experience when you’re struggling to get up again after a knockout, or whatever it is that one “sees” in the fleeting moments before your vision has had the chance to focus when waking up. Evoking such instantaneous optical phenomena is Grytbakk Wold’s painterly forte—a kind of first-person-computer-game-version of impressionism, where glitches in the organic machinery of eyesight are indiscernible from tangible forms and surfaces.

As conducive to belletristic sentiment as his paintings may seem, Grytbakk Wold does not dabble in melancholy—although his latest body of work cuts it dangerously close. The pieces in question are attempts at making use of a batch of unprimed canvas left to the artist by his late grandfather, the Norwegian modernist Roar Wold (1926-2001). Grytbakk Wold’s recycling of the leftover linen—replete with faded notations and timeworn traces of manual handling—forfeit the homogeneous surfaces of his earlier watercolors. In the more recent works he has opted for a fragmenting approach that involves spray-painting various types of abstract passages—color blocks, gradients and patterns of transparent shapes—onto the canvas before cutting it up and sewing the pieces back together in uneven patchworks.

It could seem applicable—but would be simplistic, I think—to interpret this series of cut-and-spliced paintings as belated signifiers of the mourning of painting’s alleged ’death’, as this problematic was outlined in Yve-Alain Bois’ essay Painting: The Task of Mourning (1986). More than fetishizing the memory or stature of either bloodline, modernism or painting as such, Grytbakk Wold’s lack of commitment to any one brand of abstraction makes his somewhat distracted revisiting of 20th Century formalism(s) seem an apt response to modernism in its digitized condition. What ostensibly interests Grytbakk Wold is modernism as it appears on screen and ordered by clandestine algorithms (which in all likelihood take the quintessentially ’modern’ and carefully organized formal attributes of the originals into account: line, color, form, geometry). Rather than demonstrating a respectful interest in modernism’s history or a true believer’s investment in one of its specific offshoots or theories, Grytbakk Wold’s vaguely referential painting is nourished by the disinterested activity of scrolling through acres of preview thumbnails. Mediated by the search engine, art history appears as a vast, heterogenous swarm of compressed image files—ready to be copied, pasted, dragged, dropped, edited, shared and plagiarized. This is modernism as a search string.

Admittedly, Grytbakk Wold’s endeavor is a game of slight considerations (as good painting always is), and there are material cues in his works that point to other avenues of interpretation, such as his more or less consistent habit of painting on unprimed supports. Although this preference could be read as a signifier of (especially American) modernism proper (cf. Frankenthaler, Mitchell, Louis), it could just as well be said to evoke Arte Povera’s fictions of material honesty or—God forbid—the dreaded spectre of Zombie Formalism (which in true cannibalistic fashion is eating away at Arte Povera’s market shares). What is redeeming in the case of Grytbakk Wold’s choice of support, however, are the ways in which the dull, grey-brown linen is activated as a prerequisite for the atmospheric effects he conjures. To be sure, he could have easily wriggled out of the semiotic tight spot his penchant for unprimed linen has landed him in—by simply using all-white, primed canvases—but that would have ruined his delicate manipulation of subdued contrasts and the whole point to boot.

A less technologically specific way of labeling Grytbakk Wold’s abstractions, is to see them as uncontaminated by the revivalist impulse at the heart of neomodernism, but nevertheless tied to modernism’s origins as a template of painterly procedures. Instead of attempting to revisit or exploit the familiarity of historical iconographies, it could very well be the case that he’s something of an ill-timed, tail end modernist in the vein of Robert Ryman, who—in the analysis of the aforementioned Bois—just wouldn’t let those much-debated formal problems go and ended up the nitpicking custodian of modernism’s tomb; always up for an argument and eager to point out the fundamental arbitrariness at work in the theoretical frameworks of Clement Greenberg et al. To some extent, Grytbakk Wold’s paintings similarly call attention to textbook abstractionist concerns such as the relativization of the figure/ground-relationship, the articulation of flatness, the activation of the support and the elimination of drawing. In terms of paint handling, it is also worth noting that spraying on raw canvas requires something frighteningly close to a modernist temperament of Total Conviction. Once a tinted vapor has been absorbed by the linen, then that’s it—from that point the surface can only be additively altered, by applying more paint. Exuding equal parts confidence and doubt, Grytbakk Wold’s compositions are records of little leaps of faith. 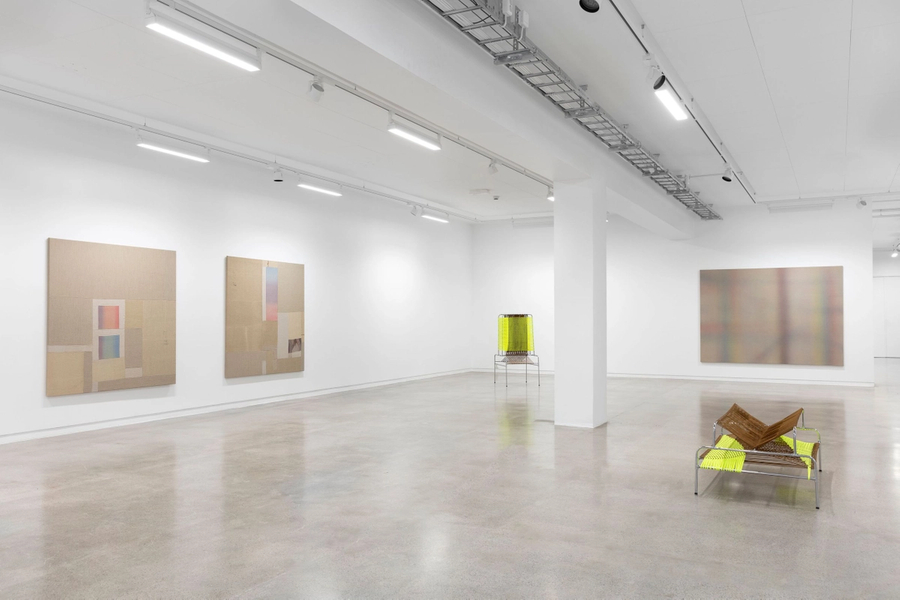 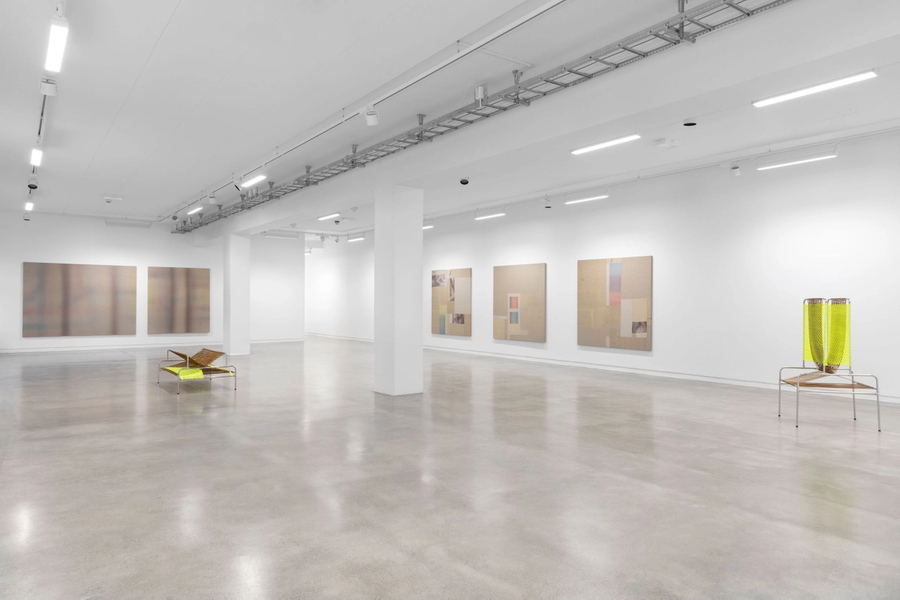 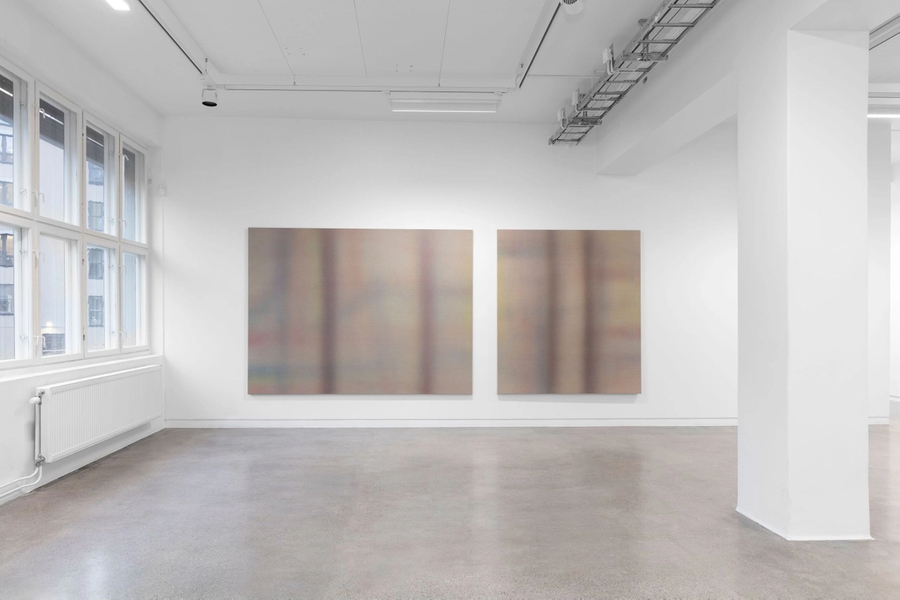 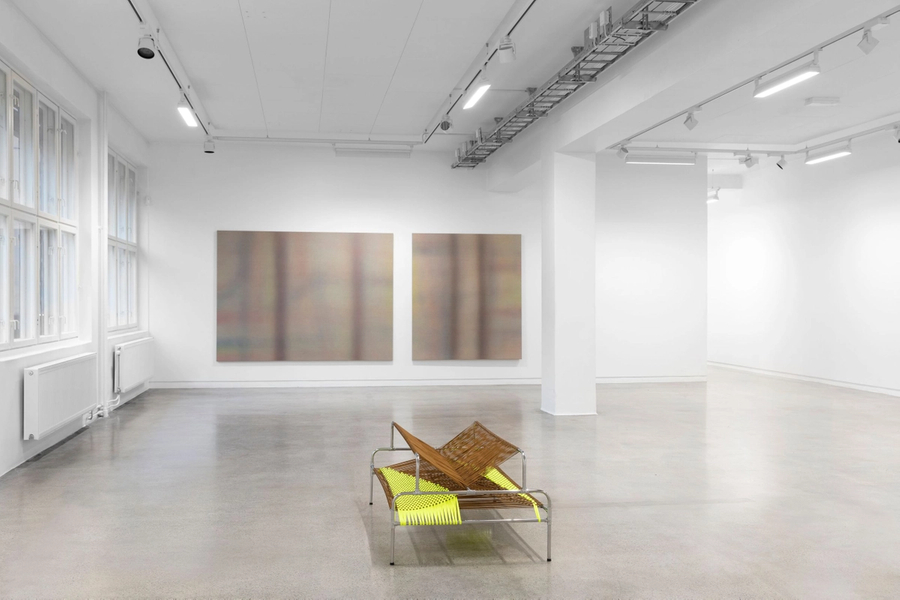 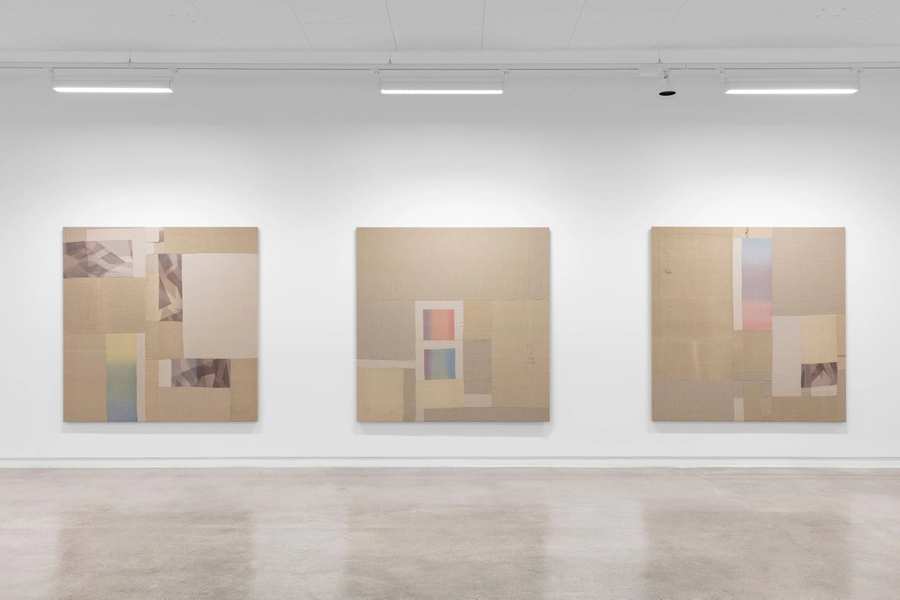 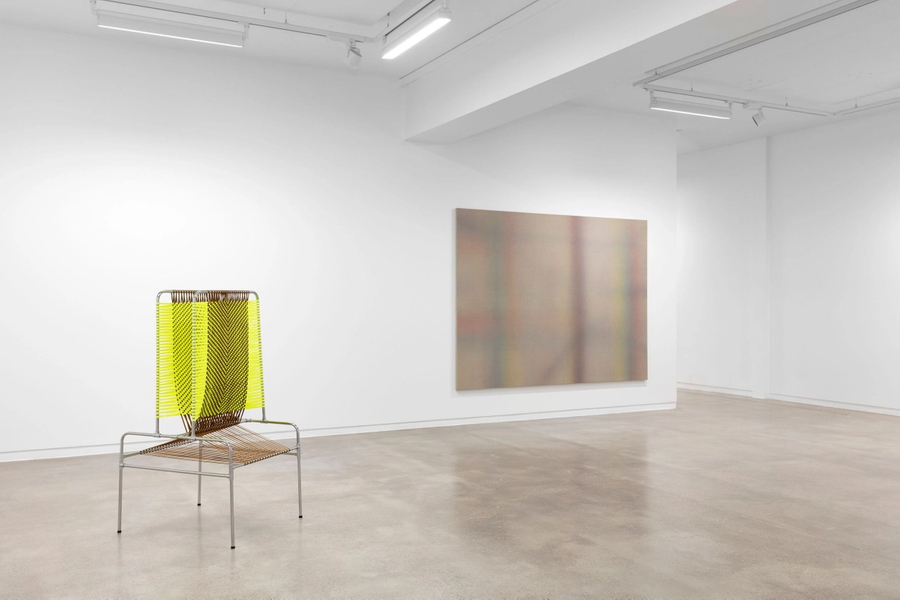 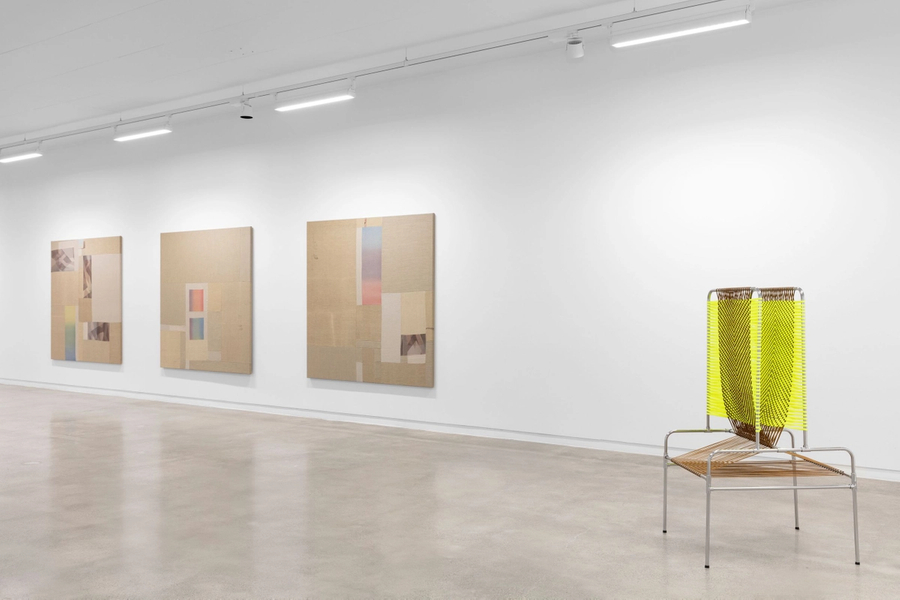 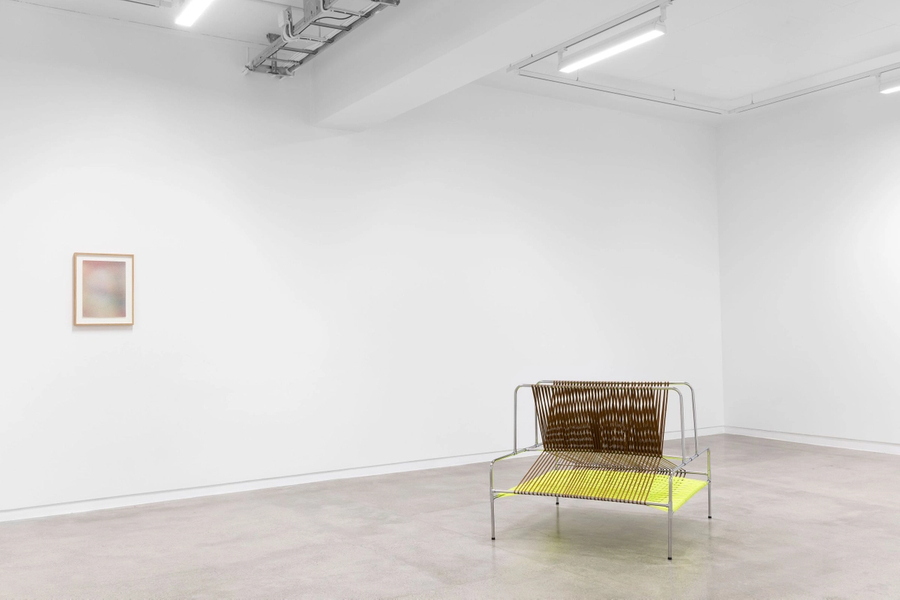 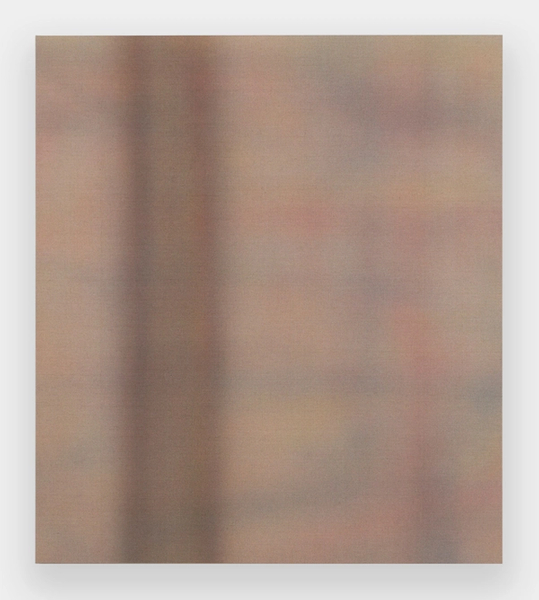 Until The Light Takes Us II 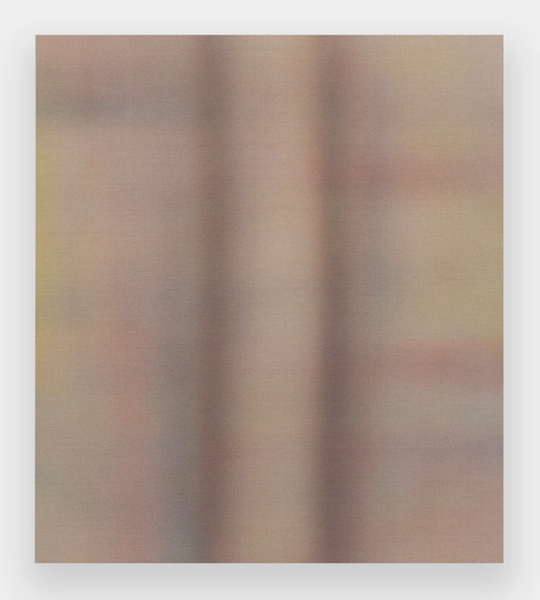 Until The Light Takes Us IV 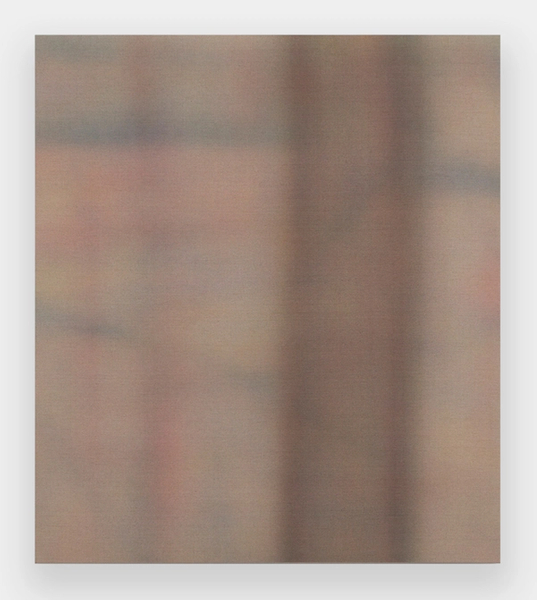 Until The Light Takes Us V 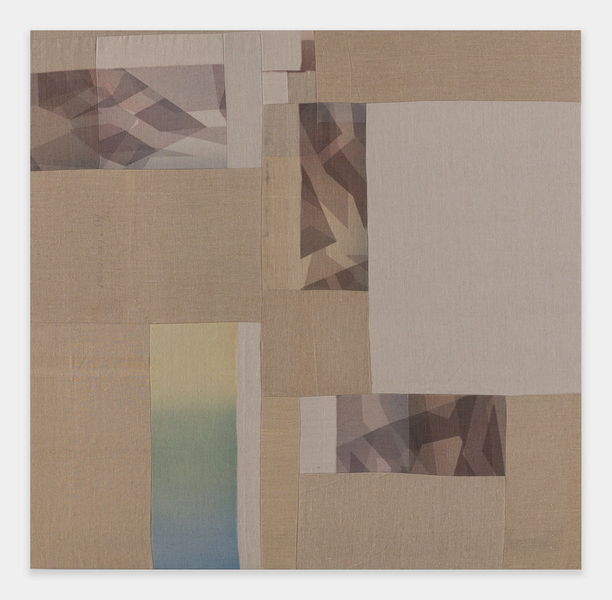 Tear Apart The Ties That Bind I 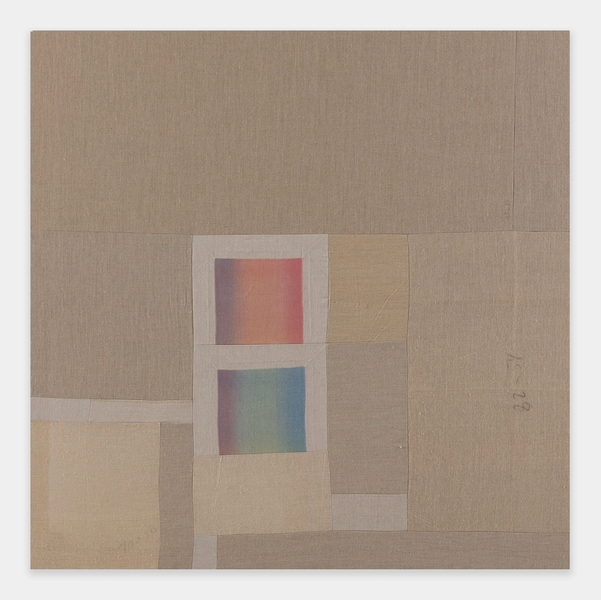 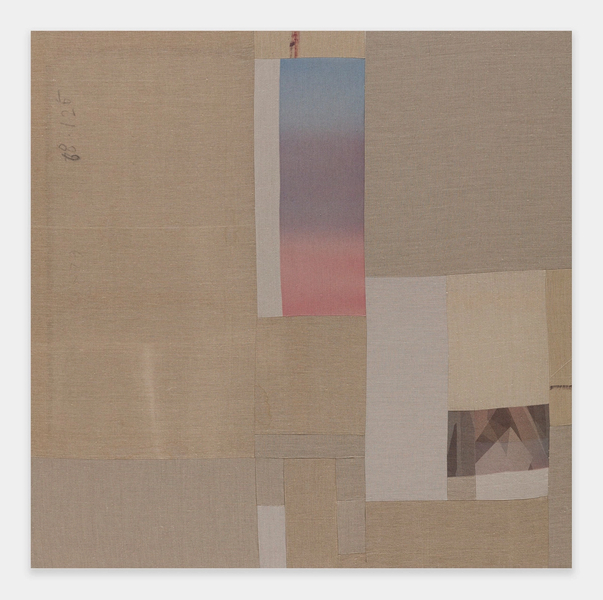 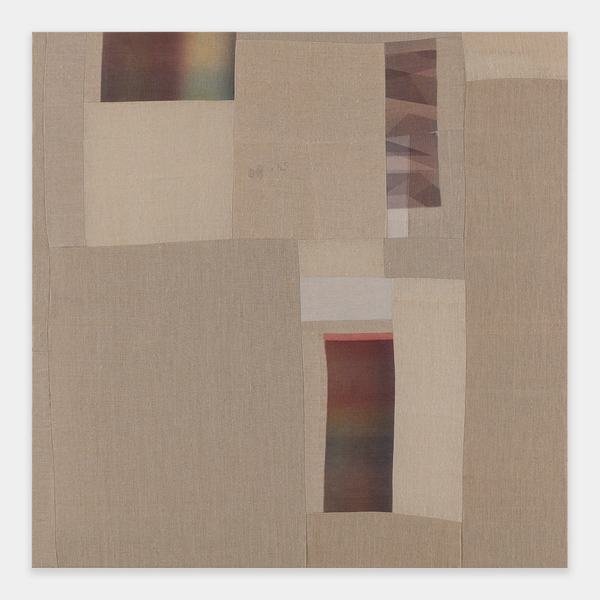 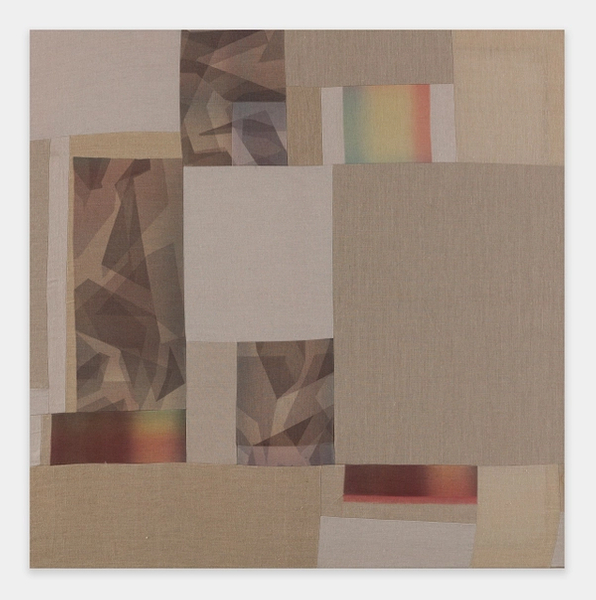 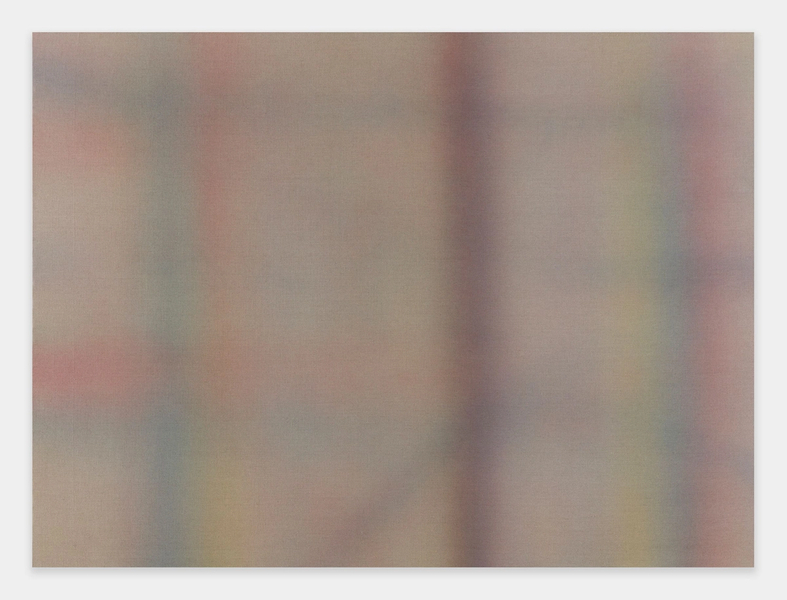 The Sun Is Calm, The Light is Fading I 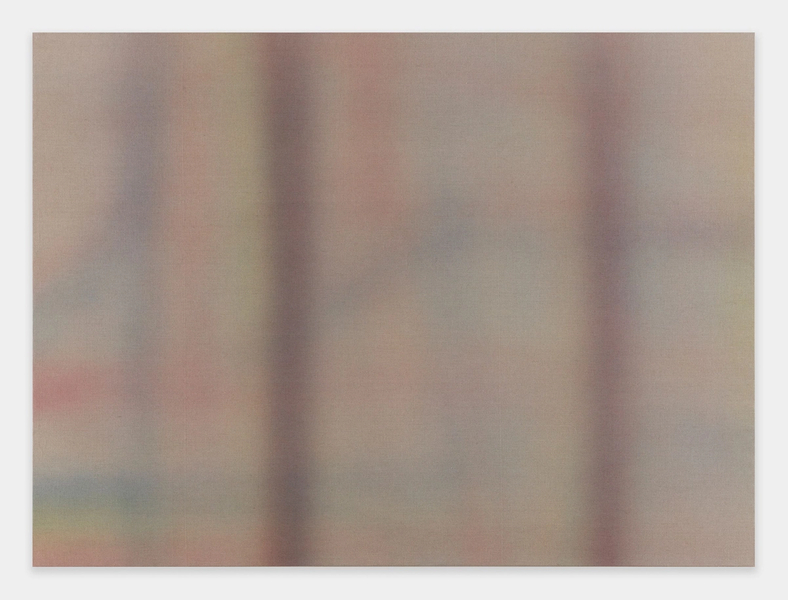 The Sun Is Calm, The Light is Fading II 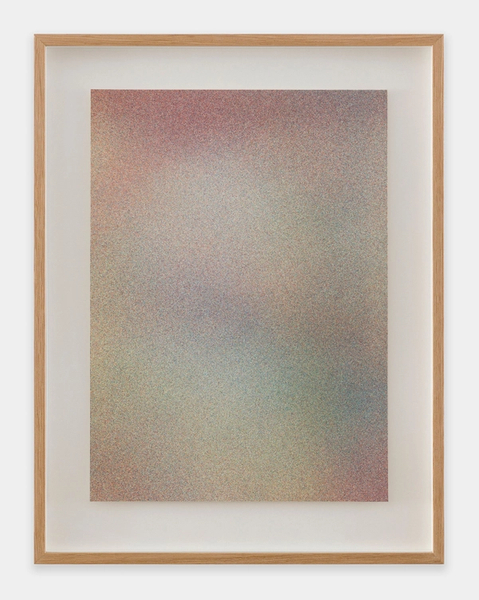