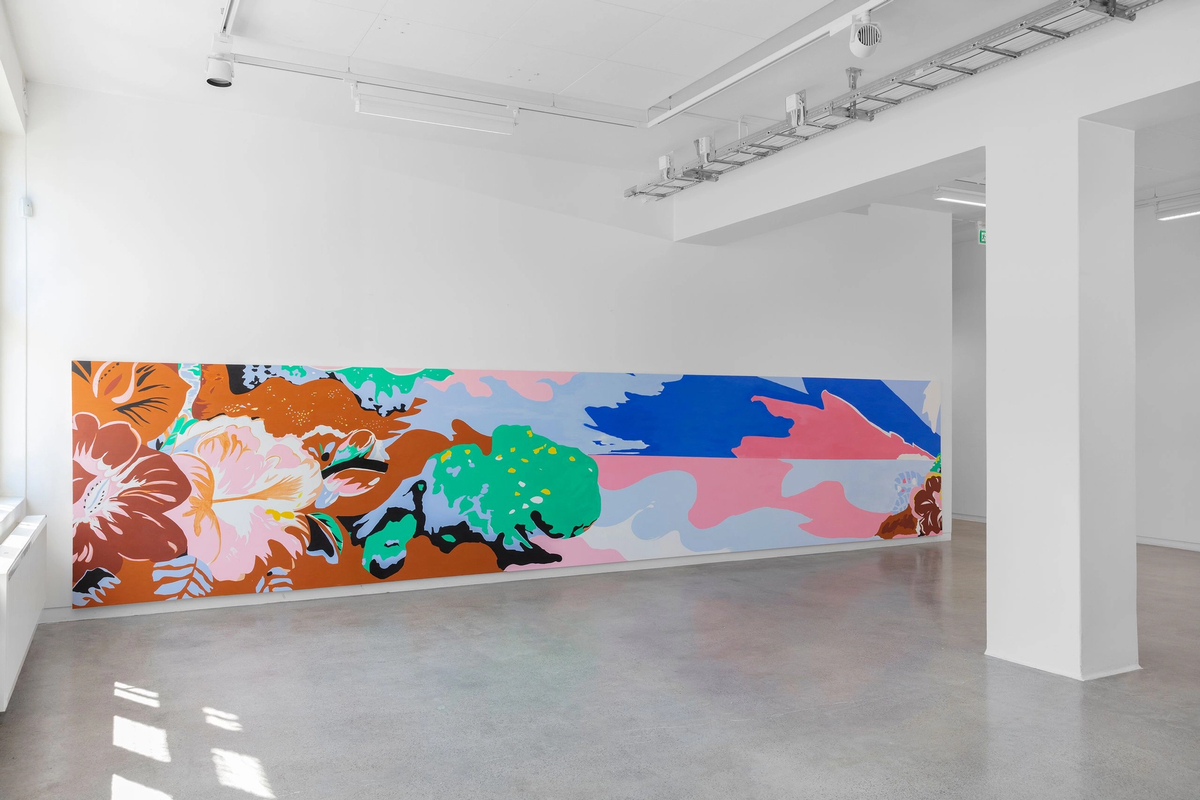 The new series of works which are presented in his exhibition “Flotsam and Jetsam” refers to his grandfather’s Hawaii shirts that he inherited in an age of 16. He explores cutouts from the shirts which Patterson creates as landscapes and refers to it as “finding the moment of amor”.

Patterson enjoys the patterns in these hawaiien shirts that forms the reduction of nature that somehow amplified its allure and essence. The how infinite they could feel and their disregard for scale and perspective (a freedom found in early cave drawing and children’s drawing). Though out time these Hawaii paintings are like a study and exploration of painting in itself.

Flotsam and jetsam was a legal term Patterson learned from his father.

wreckage or cargo that remains afloat after a ship has sunk, and

cargo or equipment thrown overboard from a ship in distress. What Patterson liked about the term was the description of the objects that are washed ashore and that they were up for grabs, open territory like a treasure. He also refers to the bit of land he has in the Bahamas and how in the Bahamas like a lot of other places in the world you can’t own the beach and the beach is for everybody. So much of what happens in life is like that of the things that come to shore. If you visualize the sequence of walking along the beach and visualize the sequence of the thing you find in your path, how it traveled through the ocean, river, or sea. Patterson finds solace in that. That we are all simultaneously drifting and being found. Over and over again.

Inquire about available works from the exhibition Flotsam & Jetsam 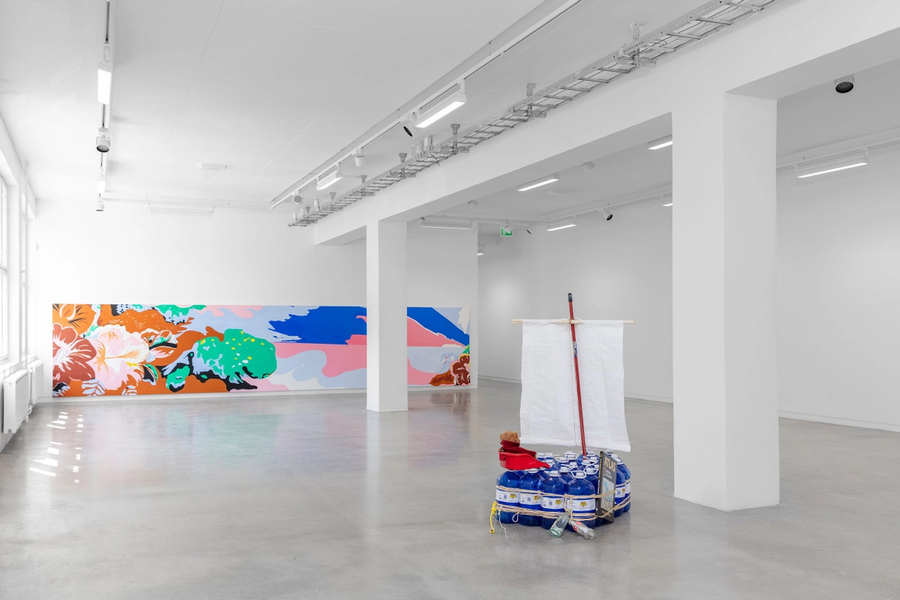 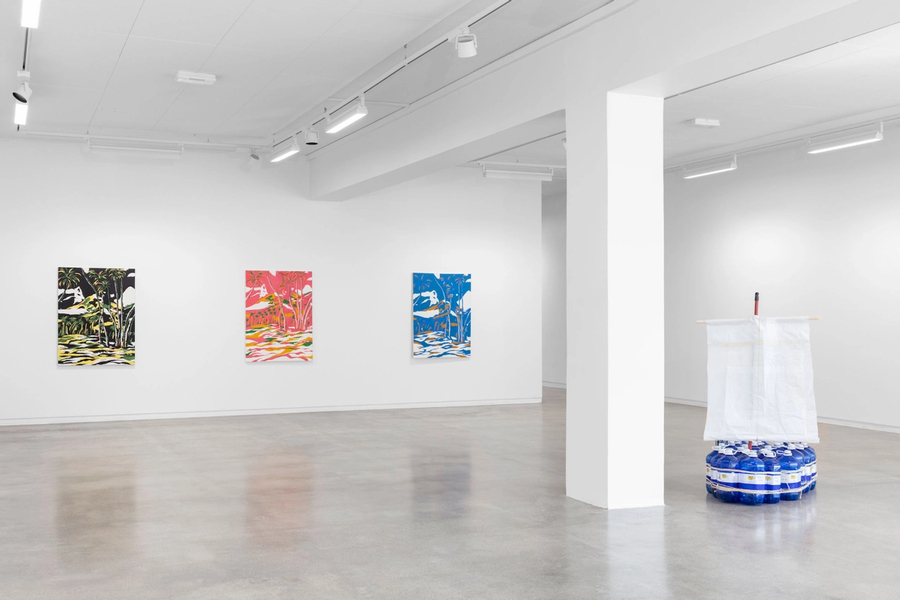 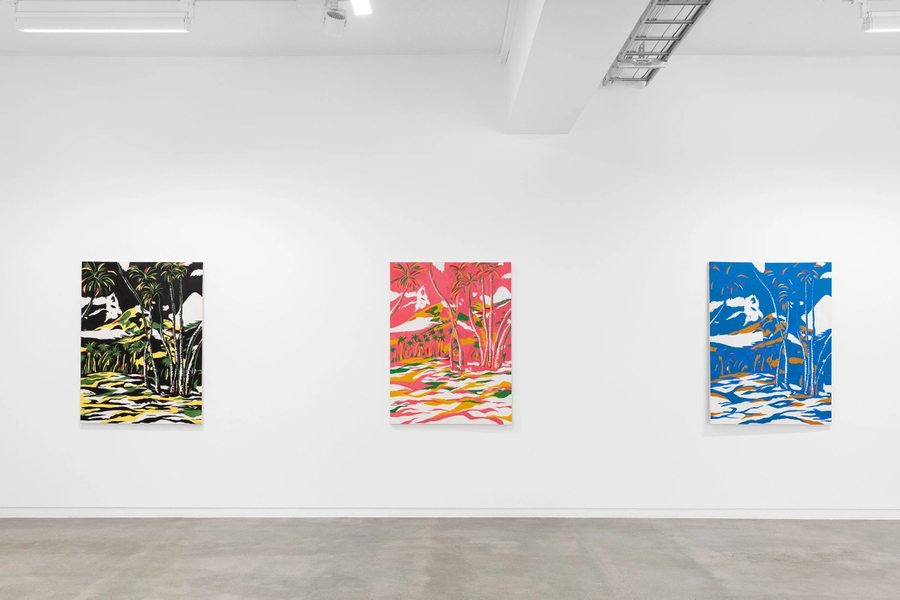 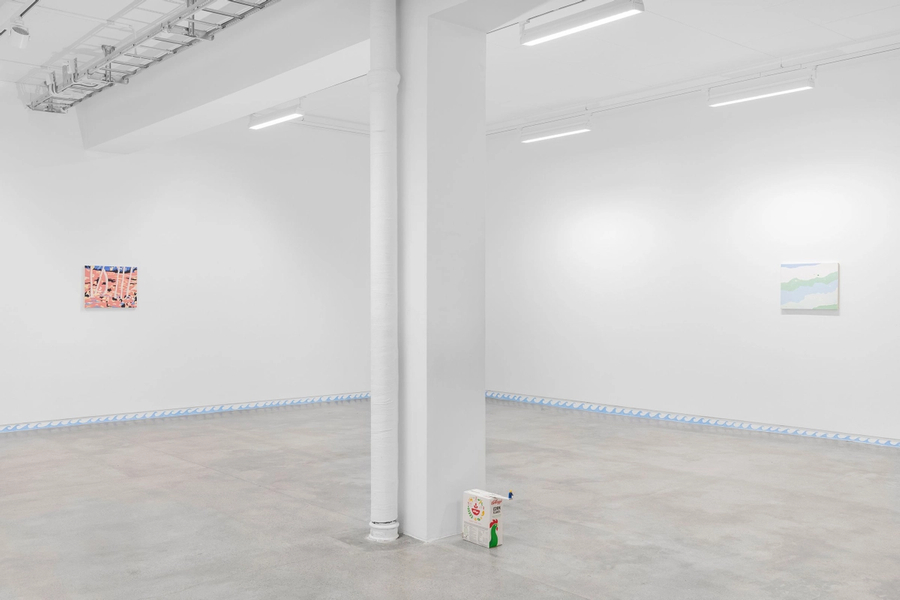 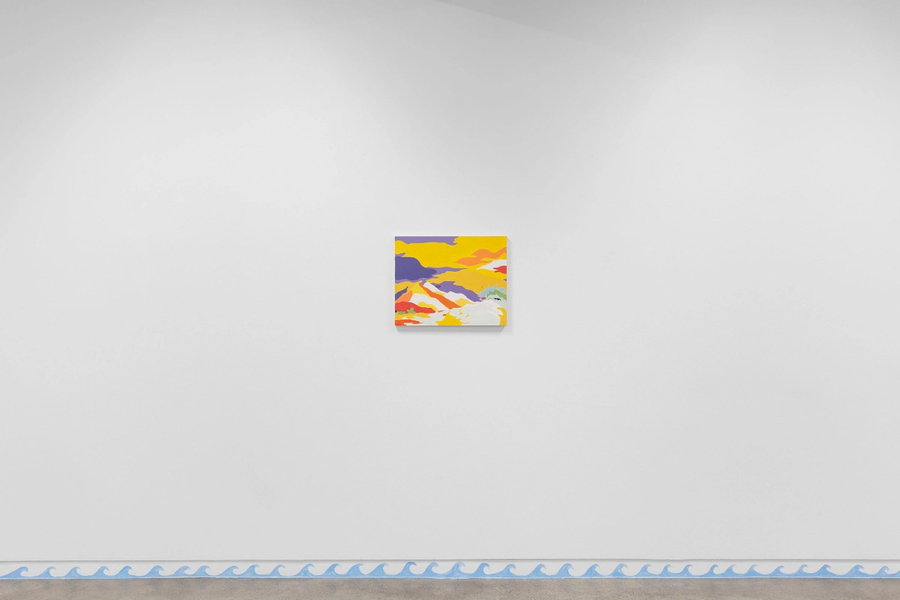 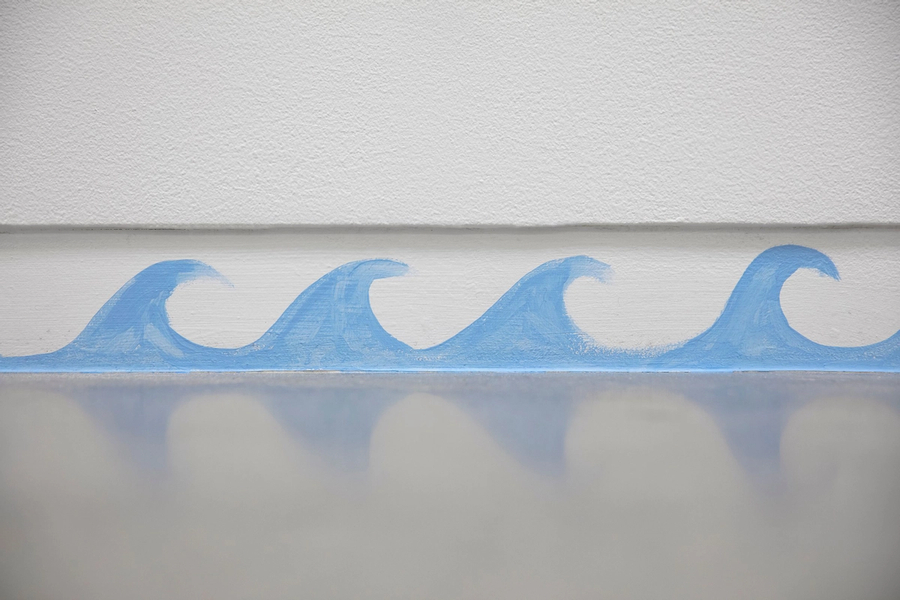 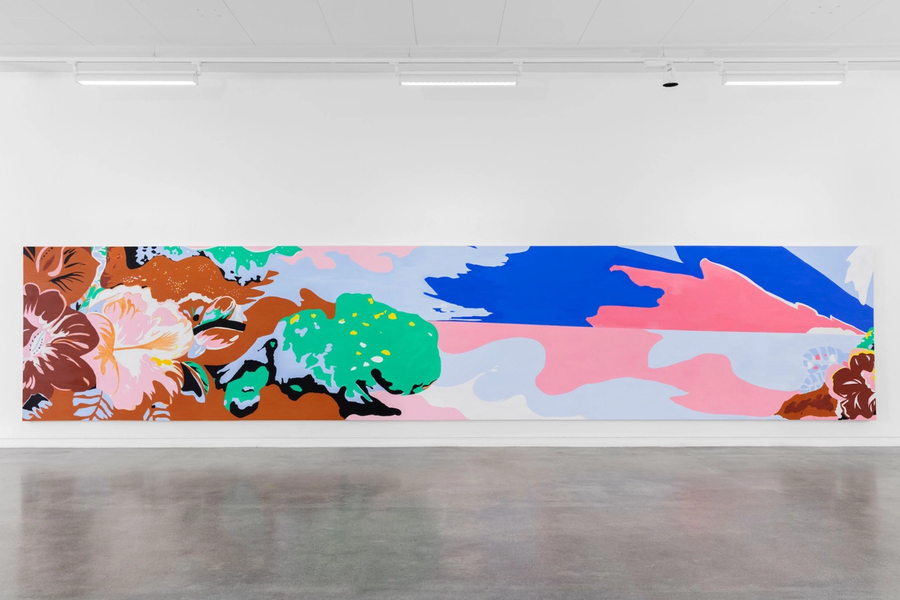 Horse and a Hound 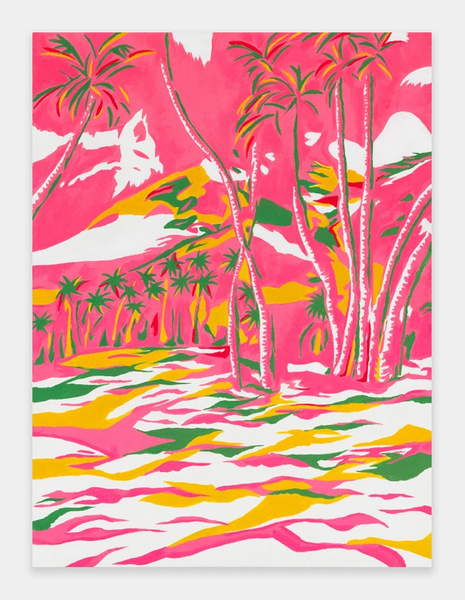 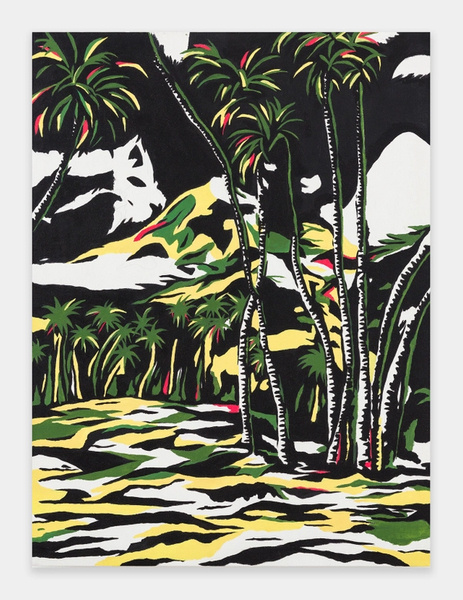 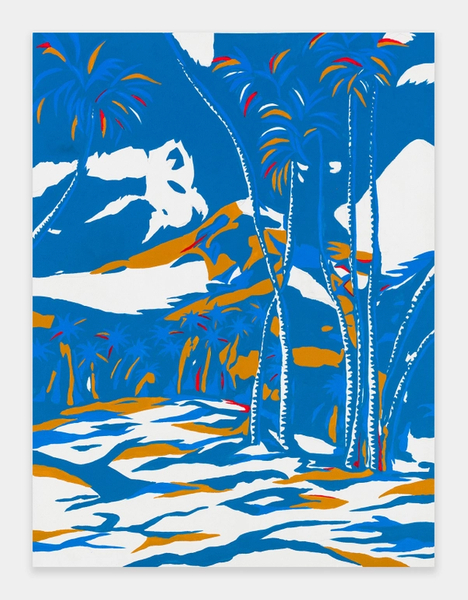 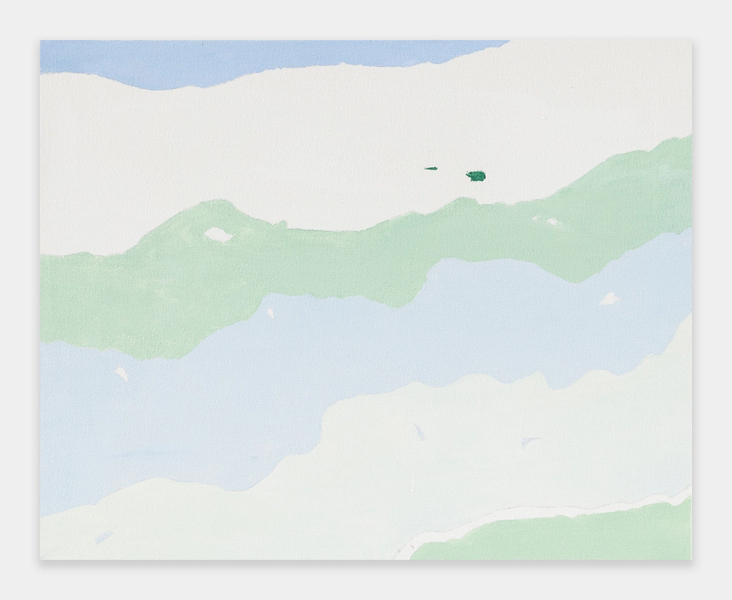 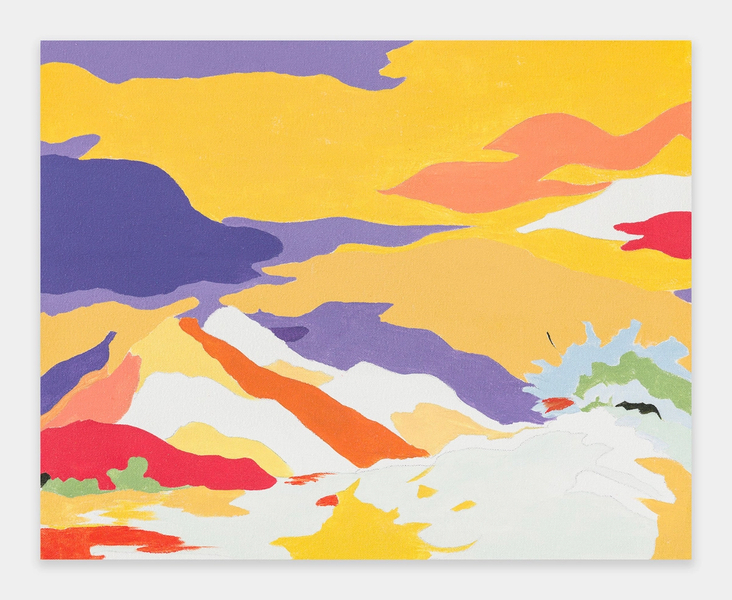 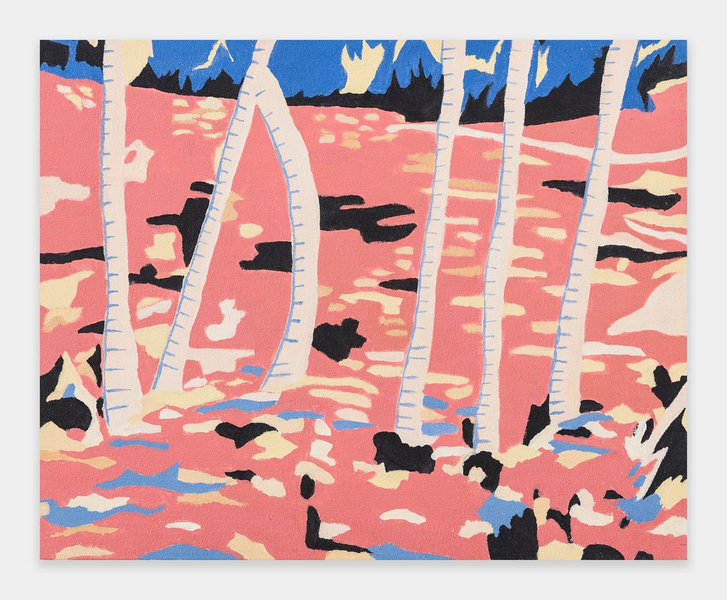 A walk down from Oberlin