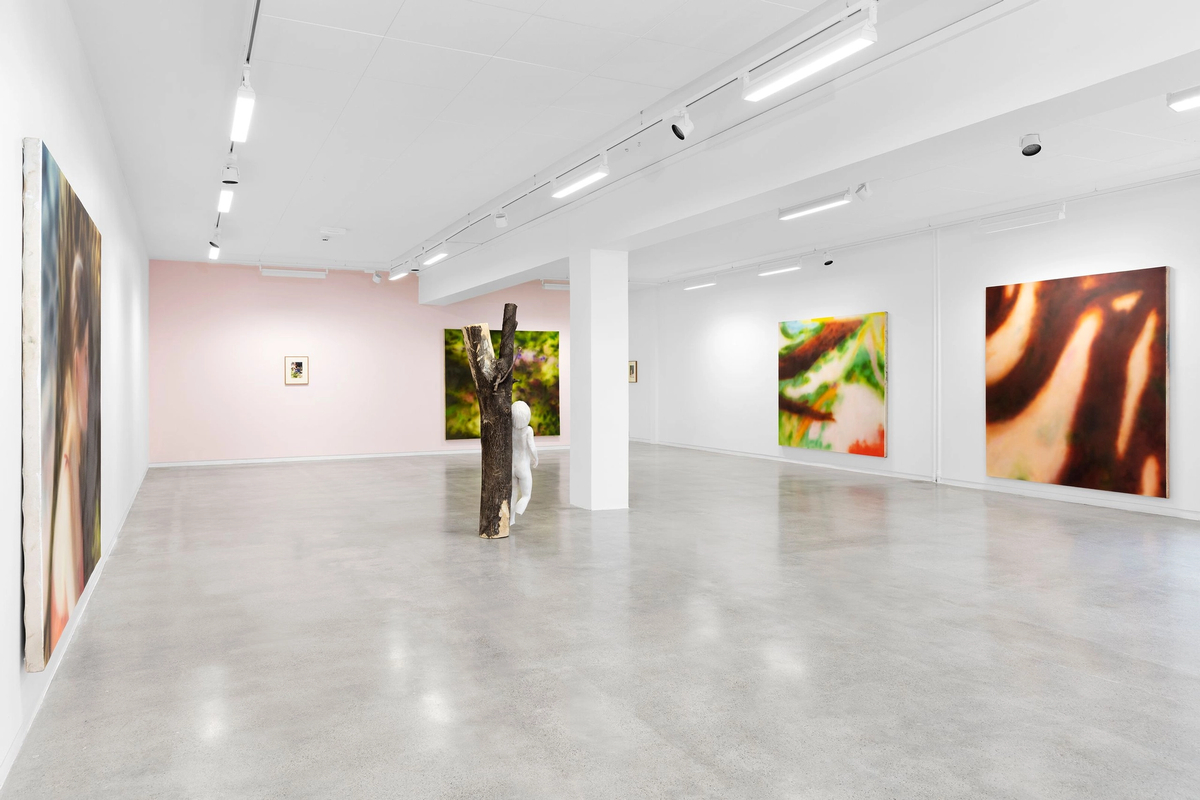 Months spent in isolation, far from our dear ones, have impacted everyone’s life over the course of the COVID-19 pandemic. The effects of such a profound change are clearly discerned in Yves Scherer’s recent artistic production: Leaves of Grass is a new body of work, which deals with the notion of “home”. Presented here in parts only, it ranges from ready- made photographs to figurative sculptures and large- format paintings. The title is a reference to Walt Whitman’s well-known book of poetry, in which he developed a language to speak about the ‘national’ identity of the newly founded United States of America. Scherer uses this reference consciously - much of his artistic research is built around identity constructs. But here, for the first time, he also touches on concepts of nationality and geographical belonging; things we grew to think of as relics from the past, but which have received increased attention again given the recent closing of borders and restrictions on travel.

The book opens with an image from Native Beauty, a collection of photographs that show Laetitia Casta on a short holiday in Corsica, the island where she was born. We see the French model in her twenties, a time when she was blooming as the face of beauty giant l’Oréal, and emerging as an actress also. This information is supported by a paper titled EXCLUSIVE, which came attached to the folder of photographs that the artist bought online. It is included here as a separate leaflet. NATIVE BEAUTY LAETITIA CASTA - ON A SHORT HOLIDAY IN CORSICA, the title goes on, carrying two heavily charged terms of Western patriarchal language – that of beauty, and that of nativity. The notion of being “native” is frequently connected to ideas of purity and primordiality. A native is entitled to speak honestly and frankly about their home. They espouse originality and authenticity, as they were there first, before the “other.” For centuries, nativity was disregarded in favor of the colonial desire for progress and expansion during the rise of global capitalism. In recent years though, the term “native” has become central to any post-colonial discourse that seeks to re-evaluate the hegemonic narrative of the patriarchy. At the same time, the word is politically charged for being used to address first nation tribes that inhabited the Northern American territories before the European colonization. Paradoxically, it has also been used more recently by white American nationalists to propose a “stay where you are from” or “live where you belong” theory that combats immigration and promotes racial division. Putting the adjective “native” next to “beauty”, now leads to another intellectual battleground: In the Critique of Judgement, philosopher Immanuel Kant investigates beauty through the nineteenth century Western male-oriented gaze, defining it as an intrinsic, objective quality. Yet in the 20th century, feminist movements have criticized this understanding of beauty, postulating a theory of how this quality can be developed over time. Feminist writer Simone De Beauvoir famously stated that “... one is not born but becomes a woman”, thus dismantling the whole societal construction of being born “as” or “to be something” as a claim to legitimacy, or as Wille zur Macht. Yves Scherer has a long-standing practice of dealing with the figure of the celebrity. However, his interest in examining the intimacy between the star and their audience has always been parallel to his identity as a young white male artist. Today, this gaze is not only questioned, but often denied. Yet in this body of work, the gaze is not Scherer’s own, but that of the paparazzi who “captured” the young Casta in her native town. Scherer effectively erases his own gaze; he removes himself from the scene by presenting the photographs and the accompanying text as ready-mades. In this way, the male gaze is used consciously as a point of departure to initiate a meta reflection. And here the male gaze runs alongside the colonial gaze, which created these concepts of nativity or indigeneity in the first place. Through this gaze, one takes ownership of things, memories, people, territories, and the past - which then cannot exist as they used to be any longer.

The second group of images presented in this book depicts large scale oil paintings of identical format. These works build upon the themes and issues raised in the photographs, while simultaneously introducing references to Scherer’s personal life and history. Painted during quarantine in his studio in the Bronx part of New York (one of the most severely affected by the COVID-19 epidemic globally) and executed with traditional oil paint that gets sprayed onto thickly primed cotton canvas, this series marks a new step in Scherer’s practice. With titles such as A Midsummer Field or Clearing the artist references occurrences in nature as well as tropes in the tradition of landscape painting, which has a celebrated history in Europe and is particularly rooted in the Swiss visual culture. However, Scherer’s paintings present us not with entire landscapes, but with intimate details of an often idealised nature. In The forest behind Gerlafingen, one sees not the whole forest, but rather the shadow cast from one single tree. In another, Clearing, the viewer is confronted with a similar scene: the darkened shadow of tree leaves, left on the grass below. In a conversation with the artist, I learned that the paintings are inspired by historical Swiss landscape painters such as Hans Emmenegger, Adolf Dietrich and Cuno Amiet, who, interestingly, was born in Scherer’s hometown of Solothurn. Although one can clearly see this influence, the paintings also carry the mark of his home of choice – New York. Much of the visual language and strategies used in the work are not rooted in the European heritage of Impressionism or the Swiss trope of the “naive” craftsman painter. One can see how American post-war and contemporary artists such as Clifford Still, Alex Katz or the spray paintings of Sterling Ruby have shaped Scherer’s visual vocabulary also. The resulting works are colorful depictions of a familiar place, shifting between a pure formal interest in color, surface and composition, and evoking the nostalgic desire to reconnect to a site and expression of origins.

In this sense, the works in Leaves of Grass could be employed as a metaphor to poetically address the sons and daughters of the pre-pandemic global mobility. A leaf of grass is a delicate entity if taken in its singularity, almost ephemeral to the view, but firmly rooted in the ground and nurtured by the generations that came before. This thinking of home as the place where one has grown roots, has been a comforting, recurrent thought in the current time of total uncertainty. It has made individuals feel based somewhere, thus allowing them to rediscover personal memories of their “native” culture, past and history. Scherer touches on this through the creation of a fictitious home that exists only to be out of reach. Home holds “native beauty” because it is linked in everyone’s mind with the discovery of the world surrounding us. It is where we were nurtured, and where we developed. Home is beautiful regardless of the environmental or cultural aspects, because it is, at first, all we know to be beautiful. Thus, it becomes the first meter of comparison one adopts to navigate and confront the world; every other place is viewed in comparison to the memory of this original place. Scherer’s vision of the place and landscape from which he originates, becomes ever the more attractive through the eyes of painters like Emmenegger, Dietrich or Amiet, and shares similarities with the German romantic idea of the home as a magic space - as a place out of the present ‘here.’

In the contemporary landscape marked by a perpetual crisis, Scherer’s artistic practice serves as evidence of a form of escapism that characterizes the current generation. We are frequently offered the opportunity to live and project ourselves in an endless ‘present’, another time in another place where things exist and happen but are yet to come. Moments of crisis accentuate our attachment to places that we are directly or indirectly linked to, but that do not belong to us any longer. In the absence of a future, or rather the impossibility to project it, Scherer reflects on the primordial and a temporal sense of belonging, which is nothing but a genuine nostalgic desire to cheat entropy and return to a memory in time, thus re- imagining an alter space - a Foucaultian heterotopy - in which one still survives. The present becomes a mental territory, shaped by politics of desire and change, which is impossible to inhabit physically, and thus to experience fully. It is experienced as a dimension detached from the present itself, which is regarded almost as a fantasy game that one plays online, and in which one can participate from the comfort of one’s living room. Or here, the artist’s studio.

--- The text by Irene Campolmi is from our new publication "Leaves of Grass", a book made with Heavy Books in occasion of our current exhibition with the same title.

Inquire about available works from the exhibition Leaves of Grass 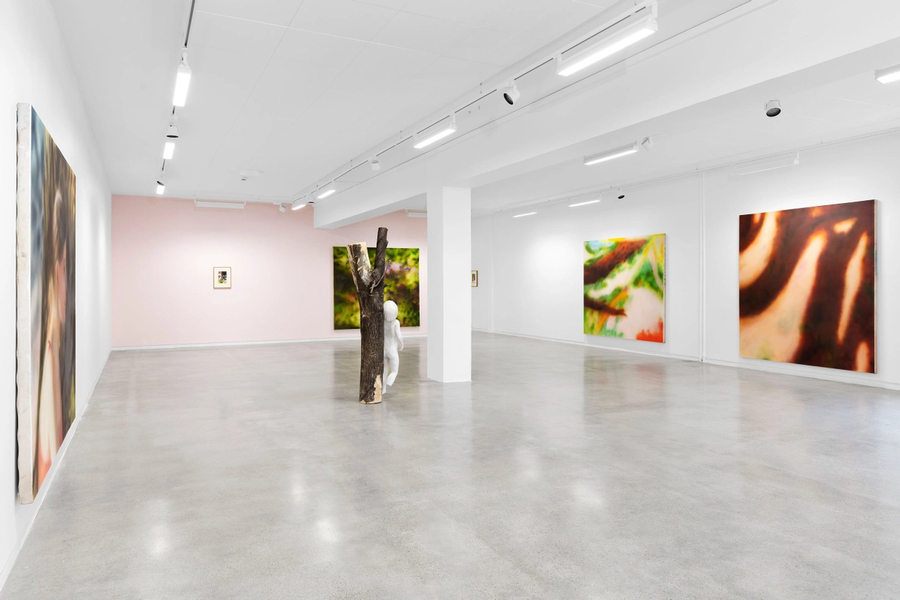 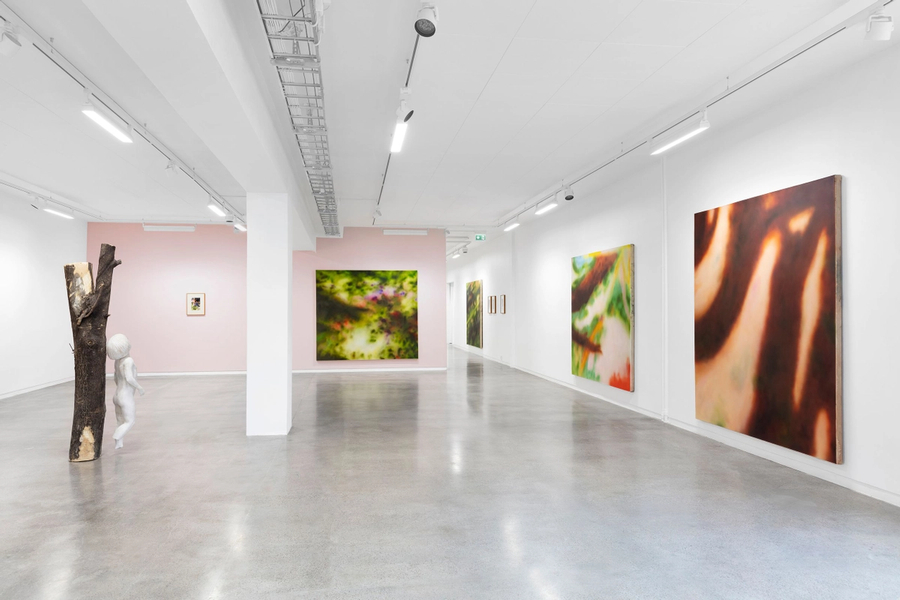 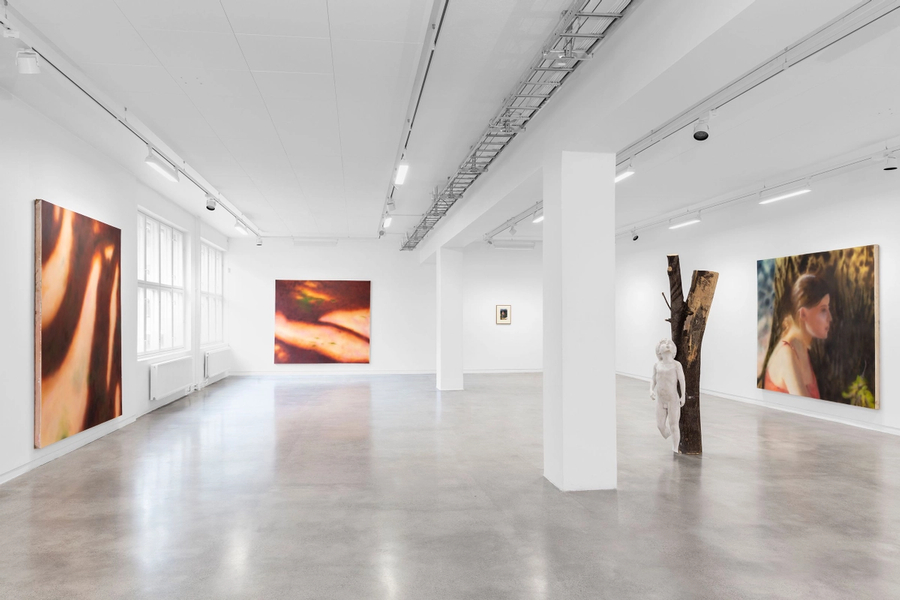 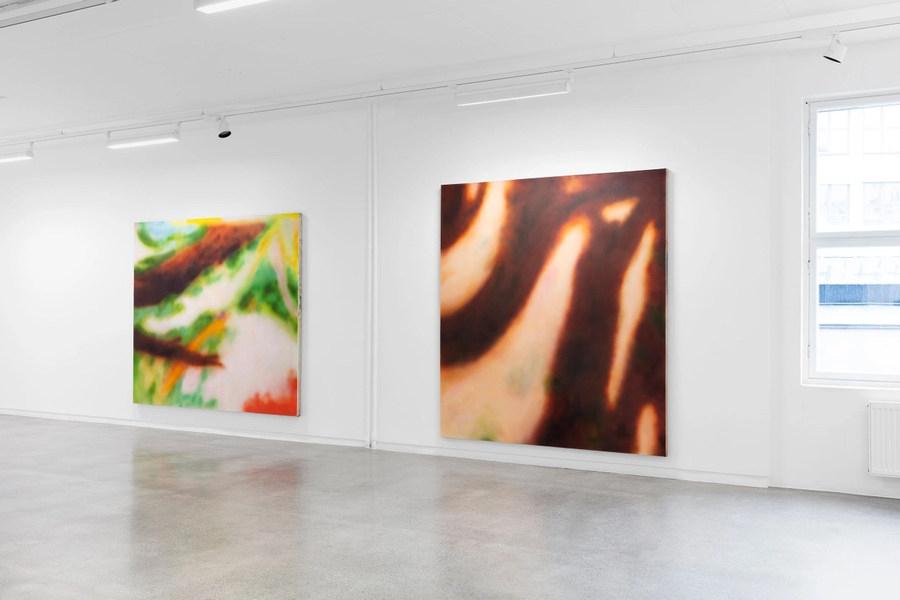 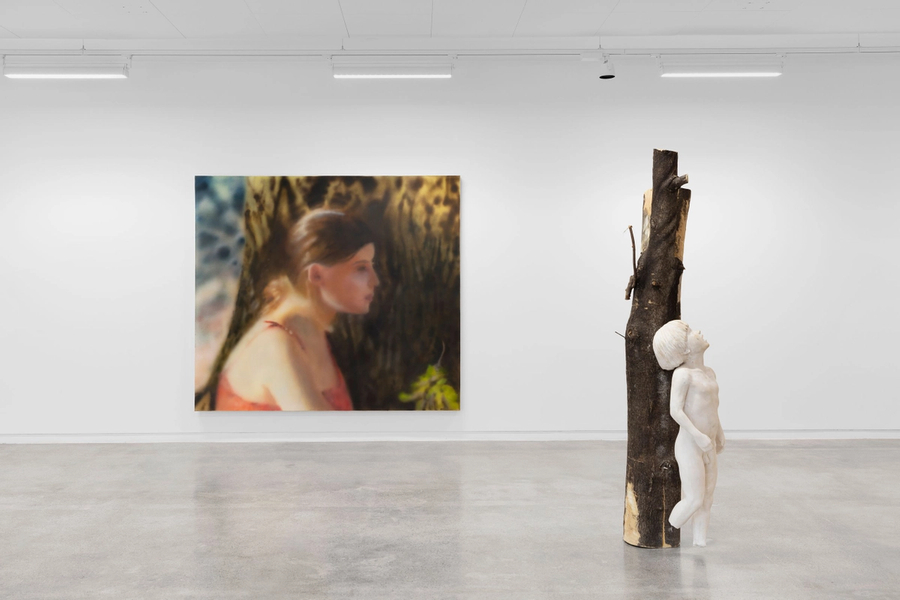 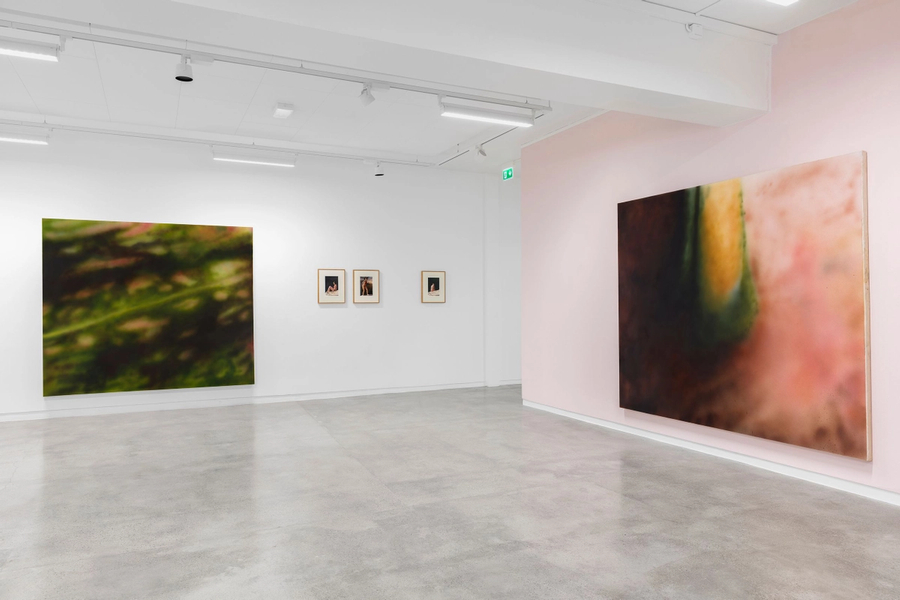 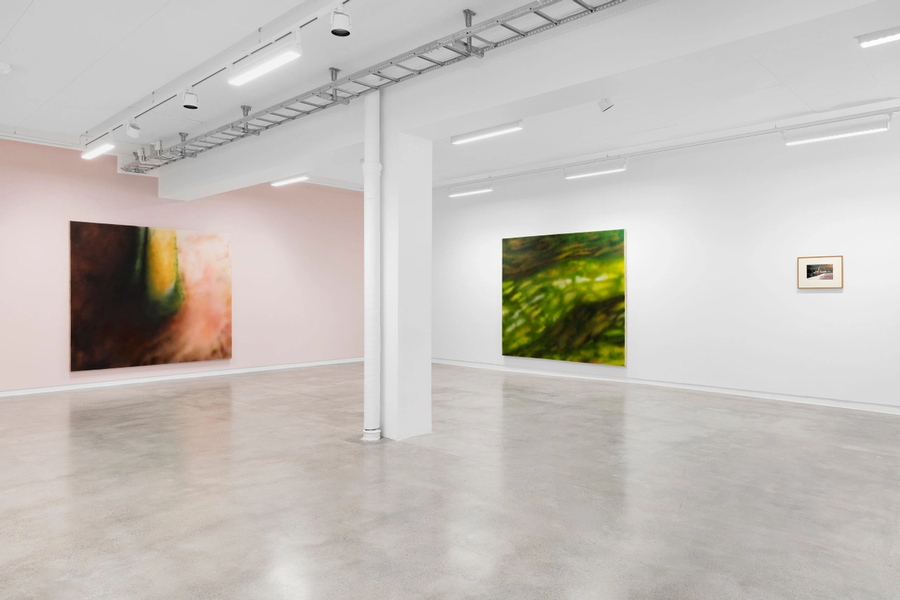 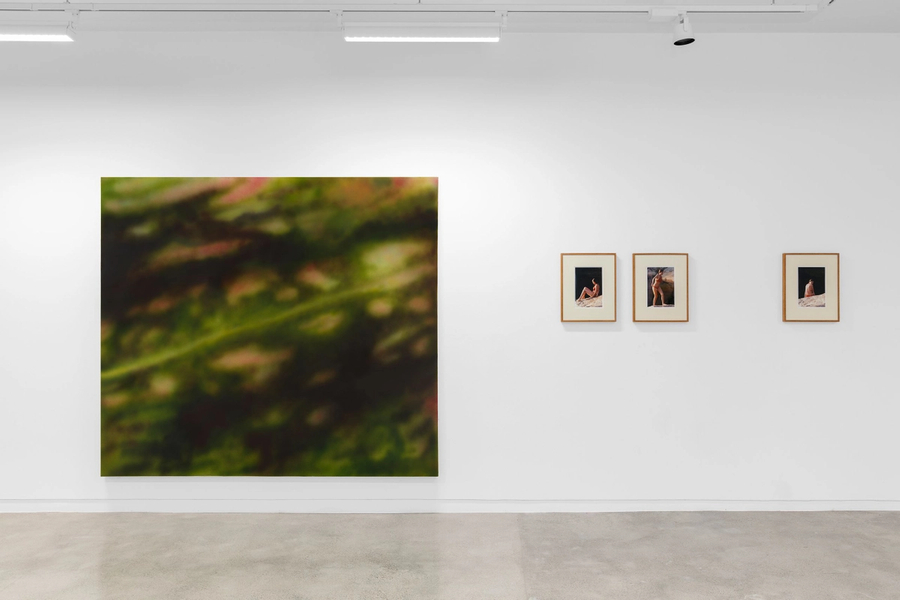 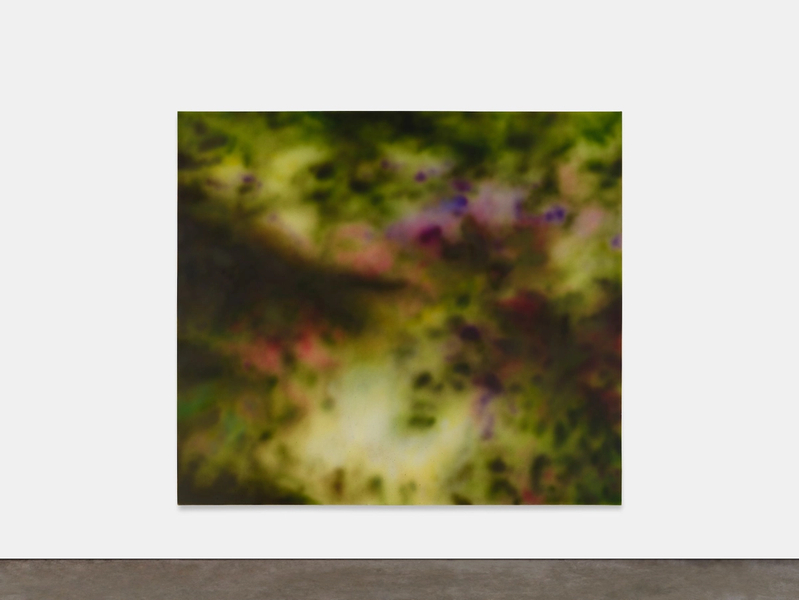 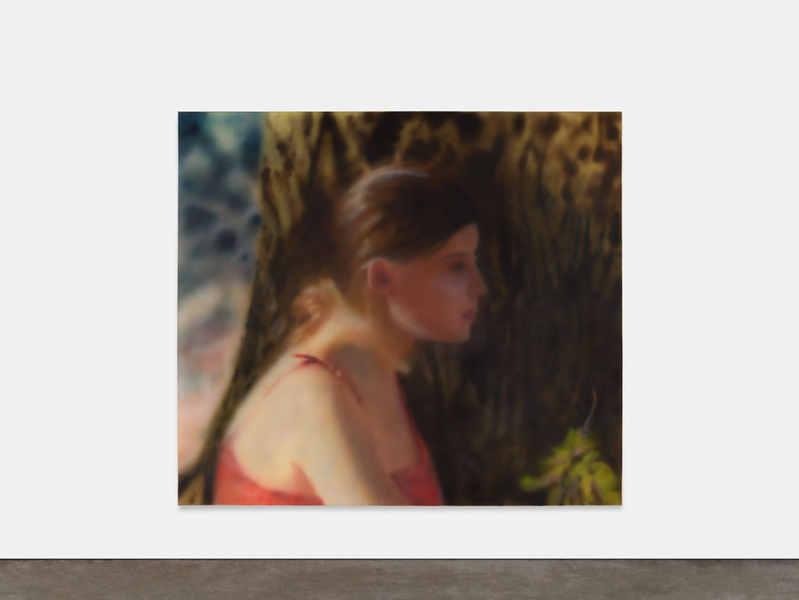 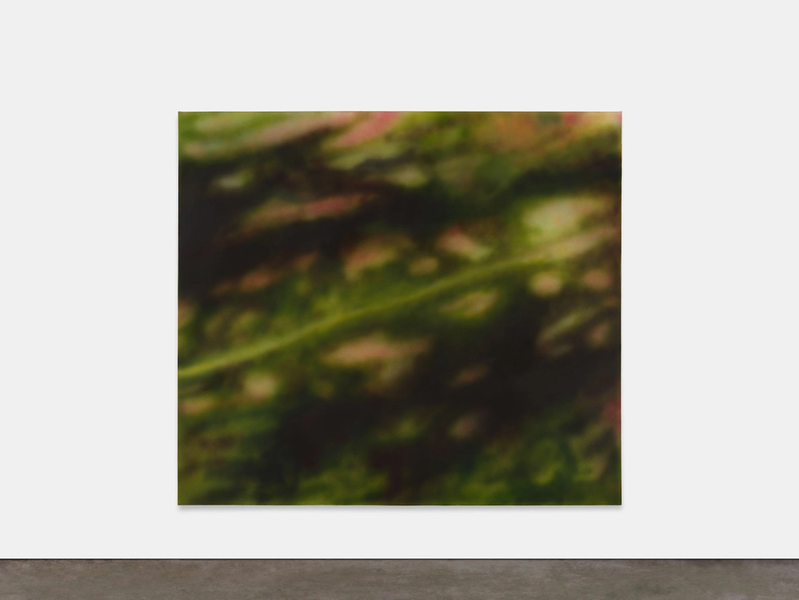 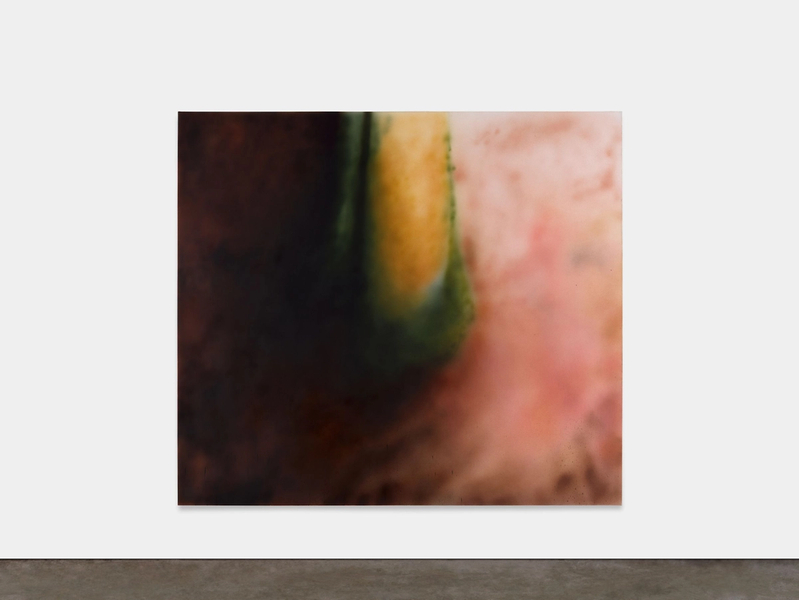 The Forest behind Gerlafingen 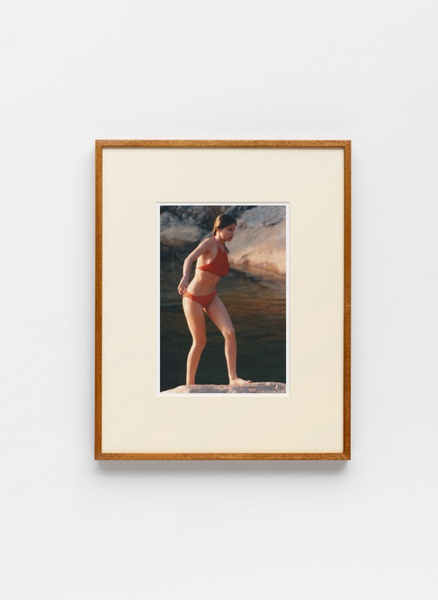