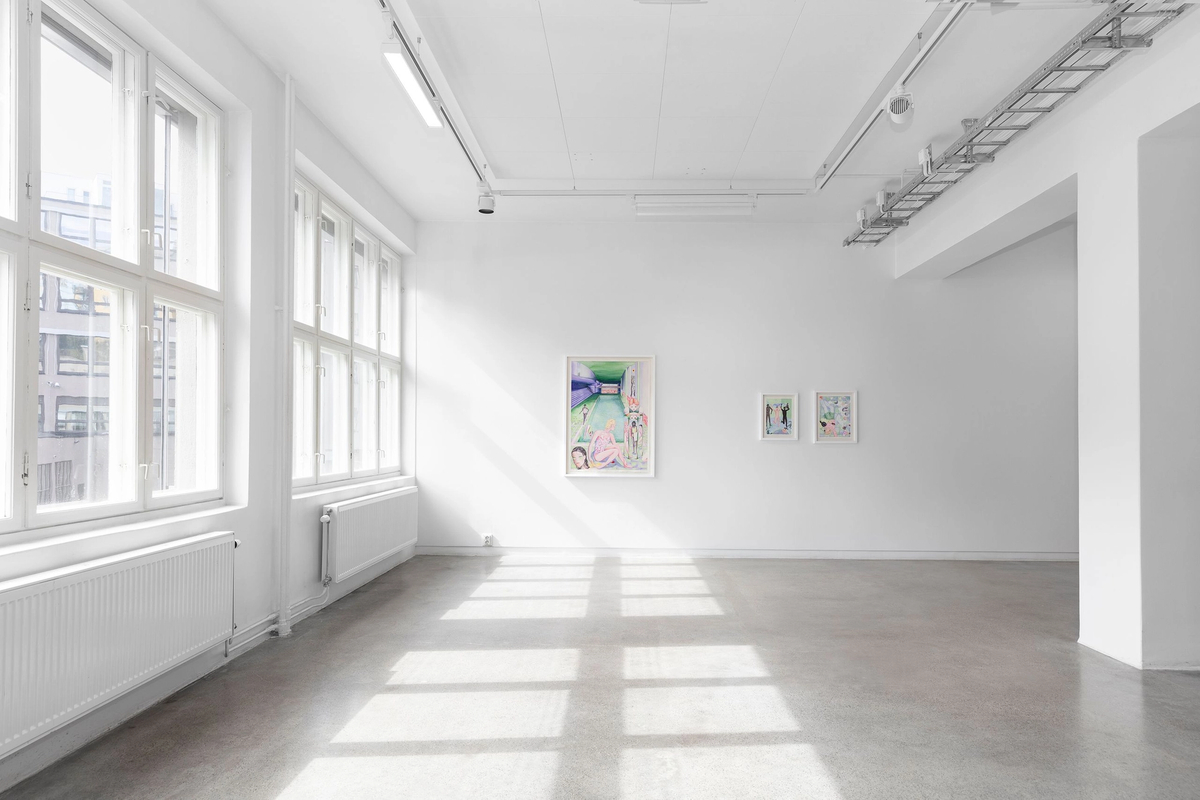 Magical Girl, is a distinct genre of anime and manga that typically brings a young school-aged girl into the realm of magic. They stumble upon a source of magical powers and are able to transform into an alter-ego, ready to fight evil. These girls often represent a pure innocence and sweetness, a type of «perfect» ideal girl.

Oda Iselin discovered Japanese anime and manga in the beginning of her teenage years, and became instantly obsessed. Searching an identity as a teenager, it was especially the mystery and the perfection of the sweet and innocent magical girls that she felt drawn towards. She began drawing picture after picture of anime girls, often versions of herself or imaginary friends. Now, as a young adult, she reflects around her relationship with a fantasy world and her own anxieties through her watercolor paintings, placed somewhere between the grounded reality and a dream.

The characters in Oda Iselin’s paintings search for a feeling of control, but they’re trapped by their own fears. They find themselves drenched in sweat, stuck in loops or stressful situations. Reflections of different kinds appear in the paintings, working as a comment on being seen by oneself and being seen by others. Some of the paintings express a power relation between humans, animals and vehicles. The characters find themselves partly in reality, either in the city of Oslo or in the middle of the forest. The delicacy and transparency of the medium, with the harmonic coloring, gives a soft touch to the nightmarish motives.

Inquire about available works from the exhibition Magical Girl