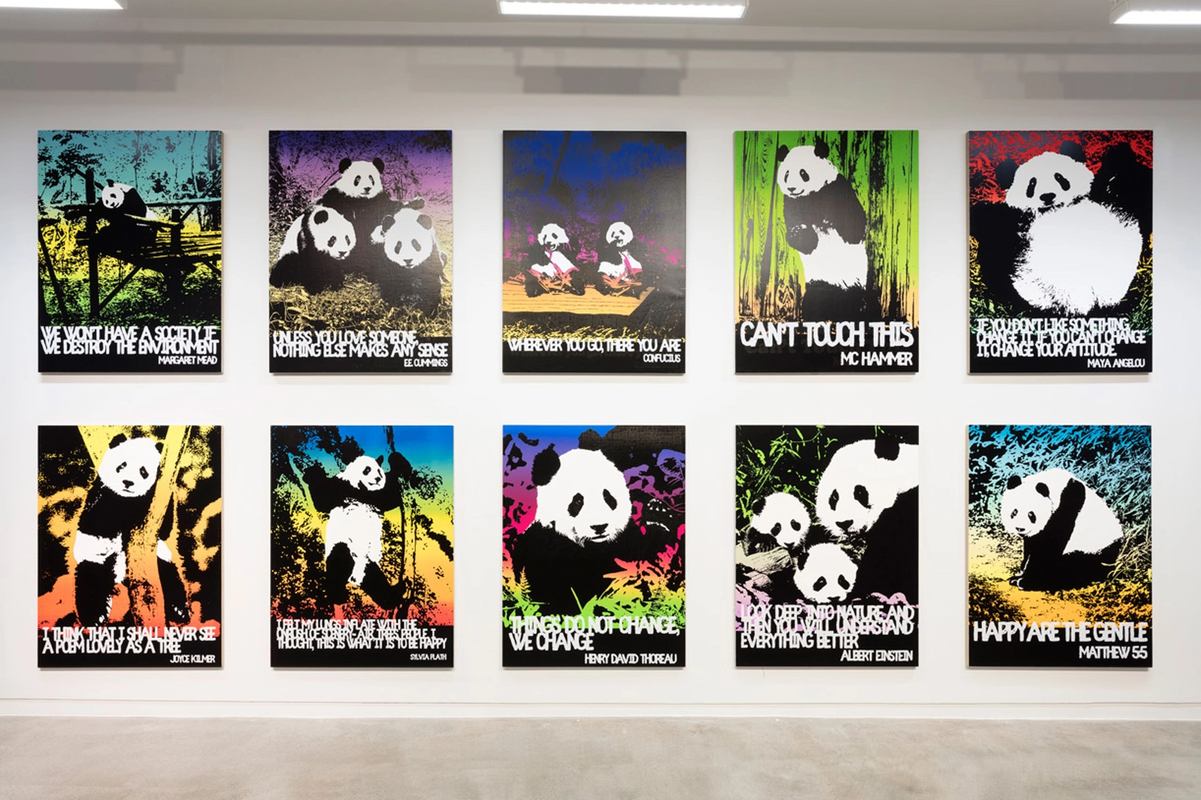 I'm really happy to be having this show at Rod Bianco. It's the first time I’ve been invited by another artist to present my work, fortunately its an artist I especially admire, Bjarne Melgaard. For years I've kept notebooks that I fill with ideas and in the end, some I make, and others I don't. Originally, Bjarne and I thought it would be funny to present some of the older, unmade, potentially bad ideas alongside some of the more familiar works that I’m currently working on in the studio. One idea from an old notebook that I had mentioned to him was from my “101 Art Ideas” period. It was to fill a wall with hundreds of nails, partially hammered into the wall and throw spaghetti at them. They would form blobs and patterns that could end up being an environment in which to install the more resolved works. As of now I still haven’t decided whether or not to do this.

For this exhibition, I made heart paintings which are like charms on a charm bracelet. They are based on things that are meaningful to me. Some are very particular, like the The Pére Lachaise Cemetery and others are more generic like sunsets. I'll also be showing a new group of self portraits. They have been generated by a form of artificial intelligence based on neural networks facilitating an “artistic style transfer.” The process essentially weaves together a photograph of my face with an iconic artwork plucked from contemporary art history. For example, me merged with Frank Stella, me merged with Joan Mitchell, etc.

I'm also showing silkscreened panda paintings, combining iconography I’ve worked with for 17 years with text reminiscent of inspirational posters for hospitals, workplaces and schools. And finally there's a large sculpture made of 2 salvaged refrigerators embracing, a picture of warmth and frigidity.

It's definitely an exhibition of odds and ends. So in a way it's also a nice survey for an audience that may not be familiar with my work. Mostly its a collection of things that kept me engaged, and thoroughly motivated all summer long.

Inquire about available works from the exhibition I ❤ PÈRE LACHAISE CEMETERY 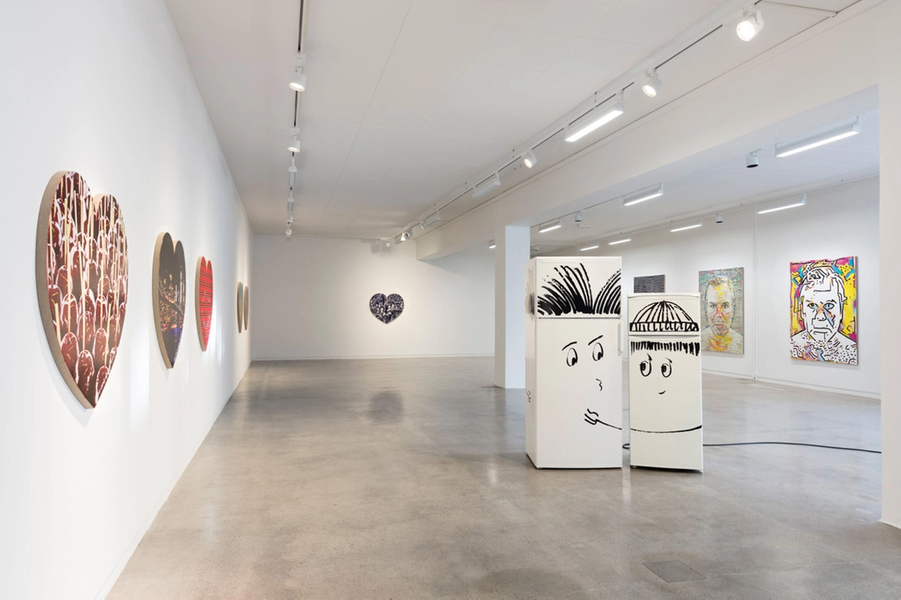 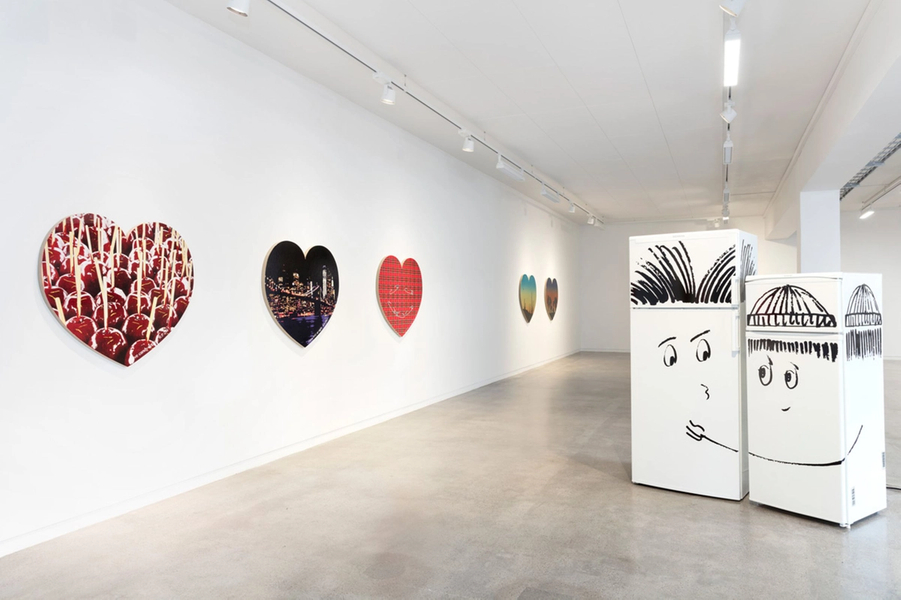 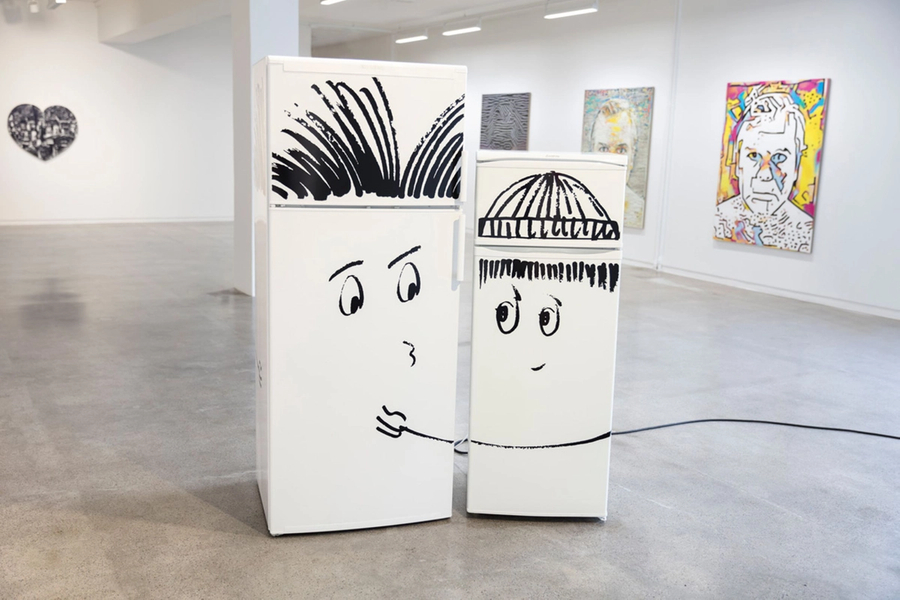 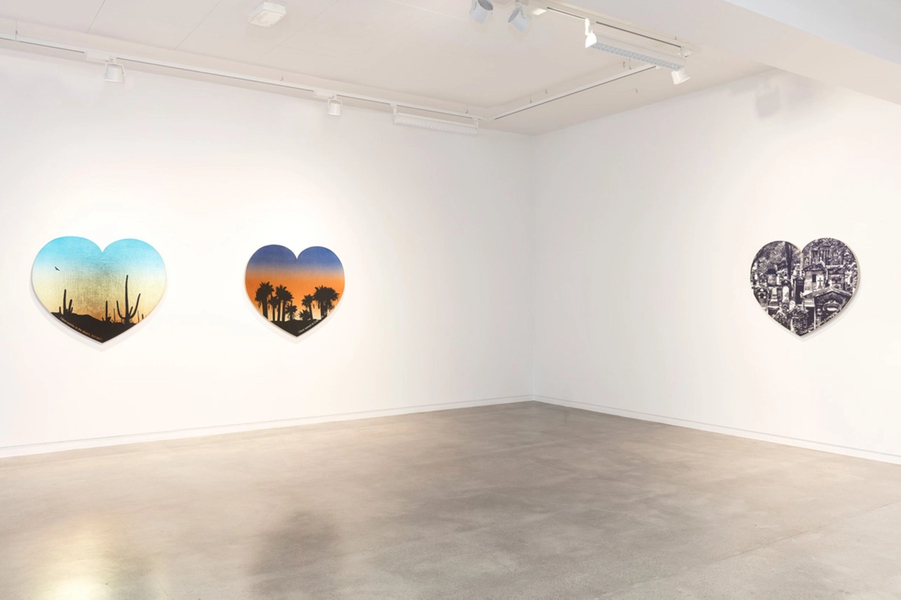 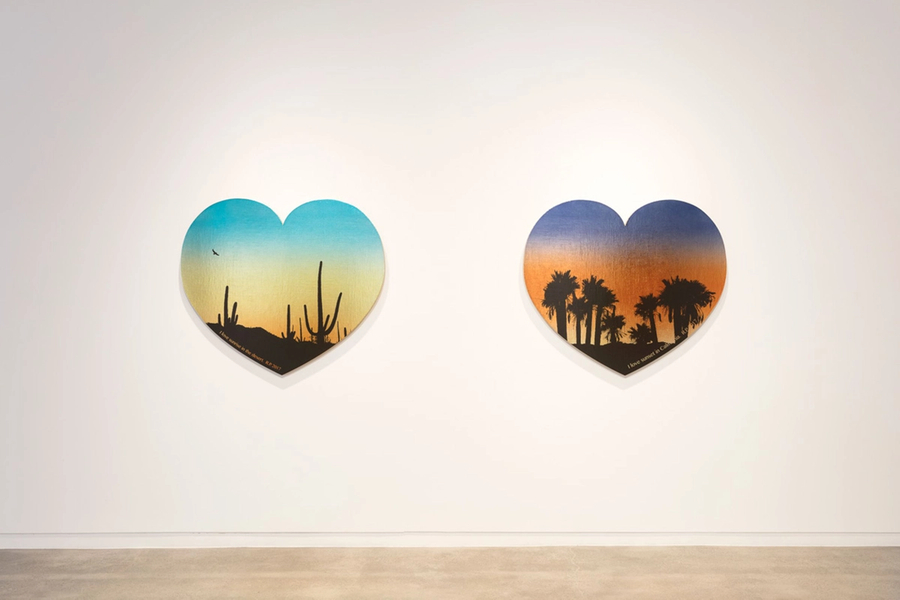 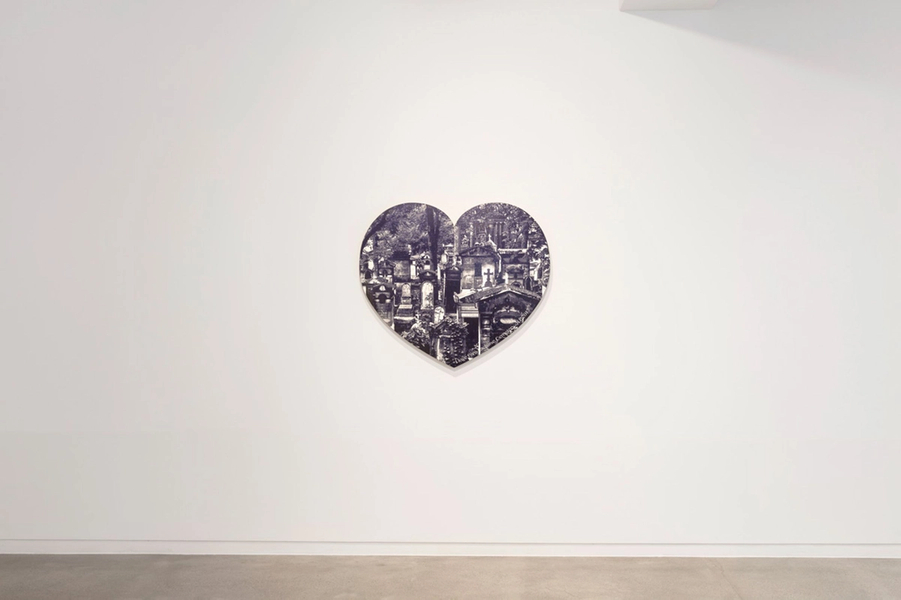 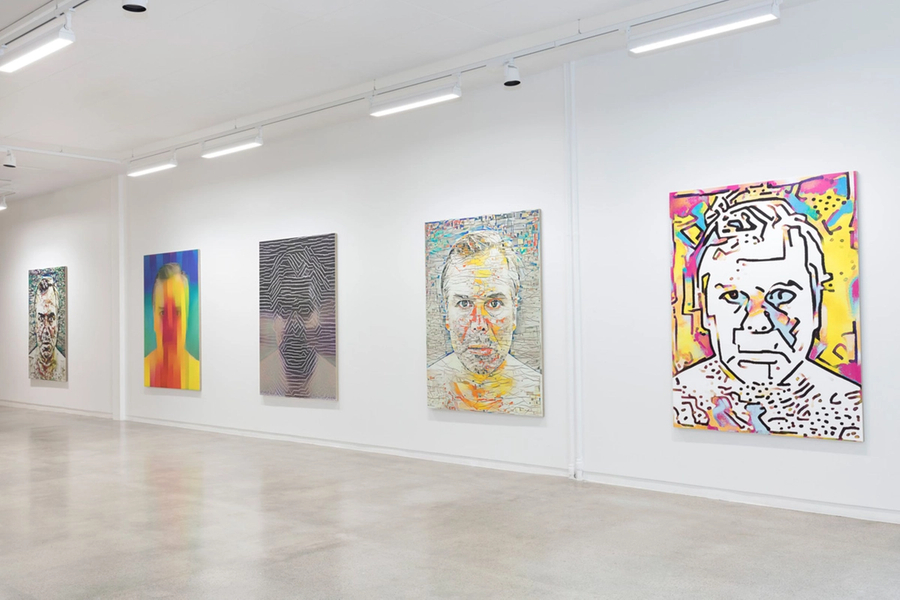 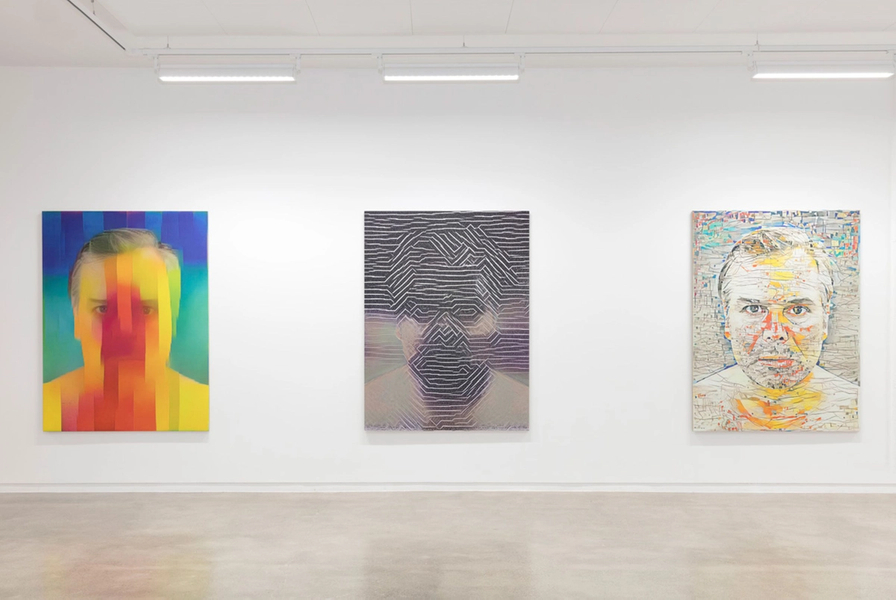 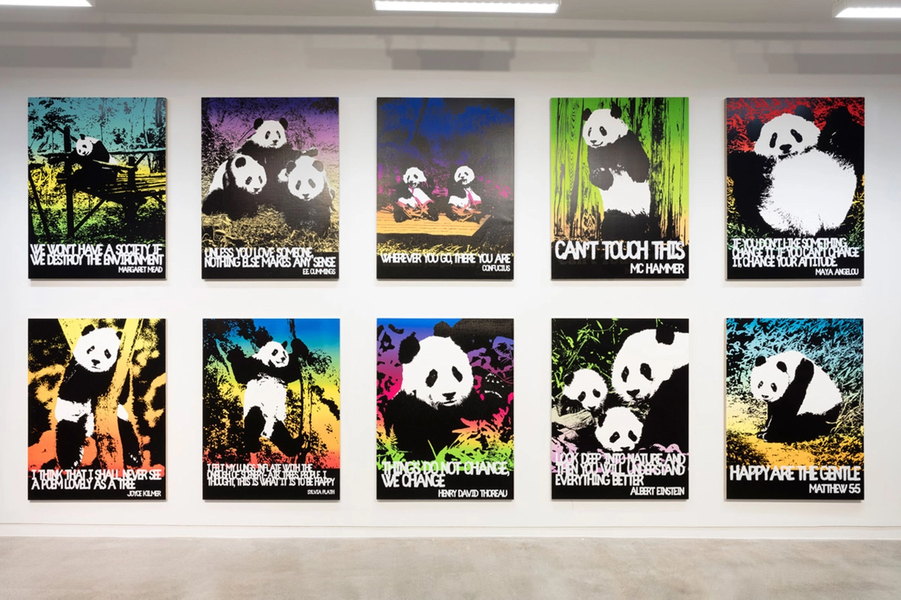 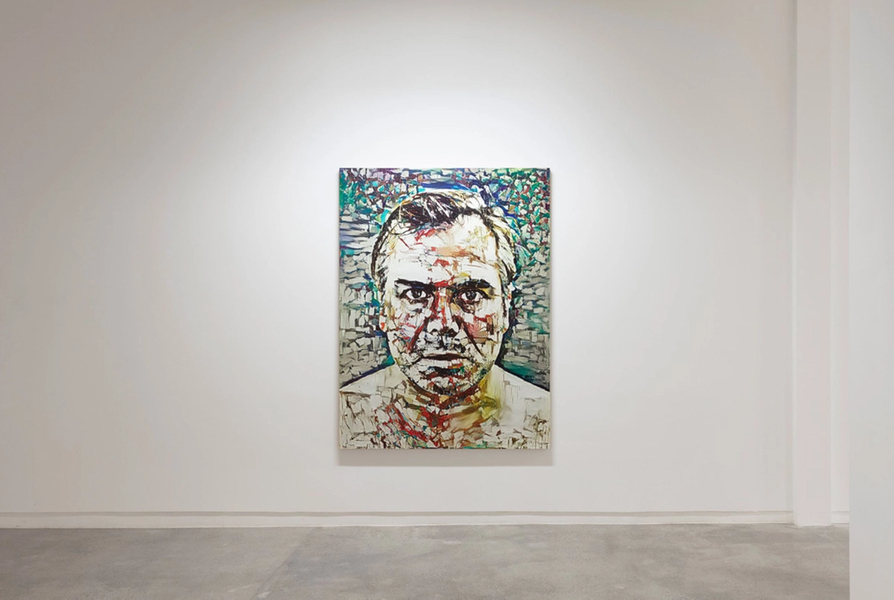 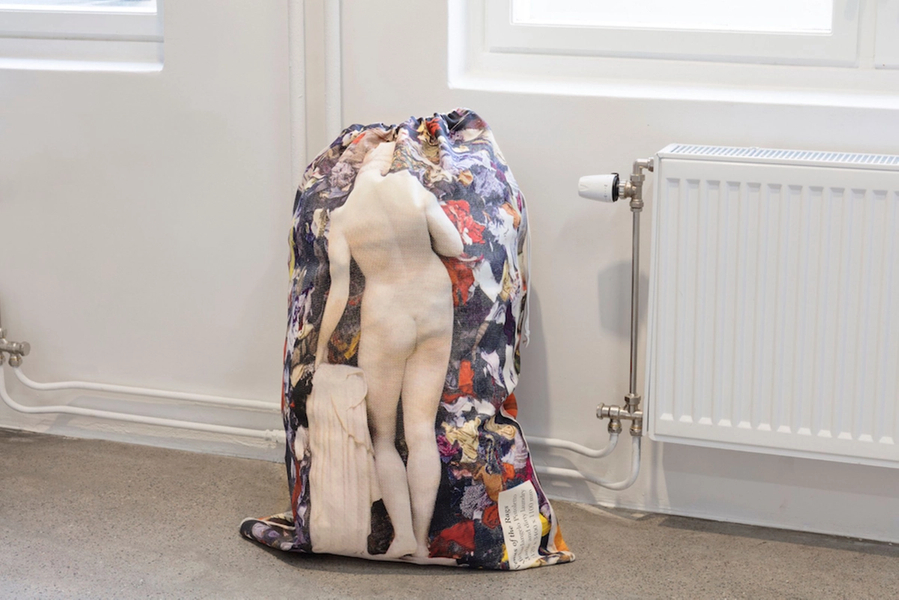