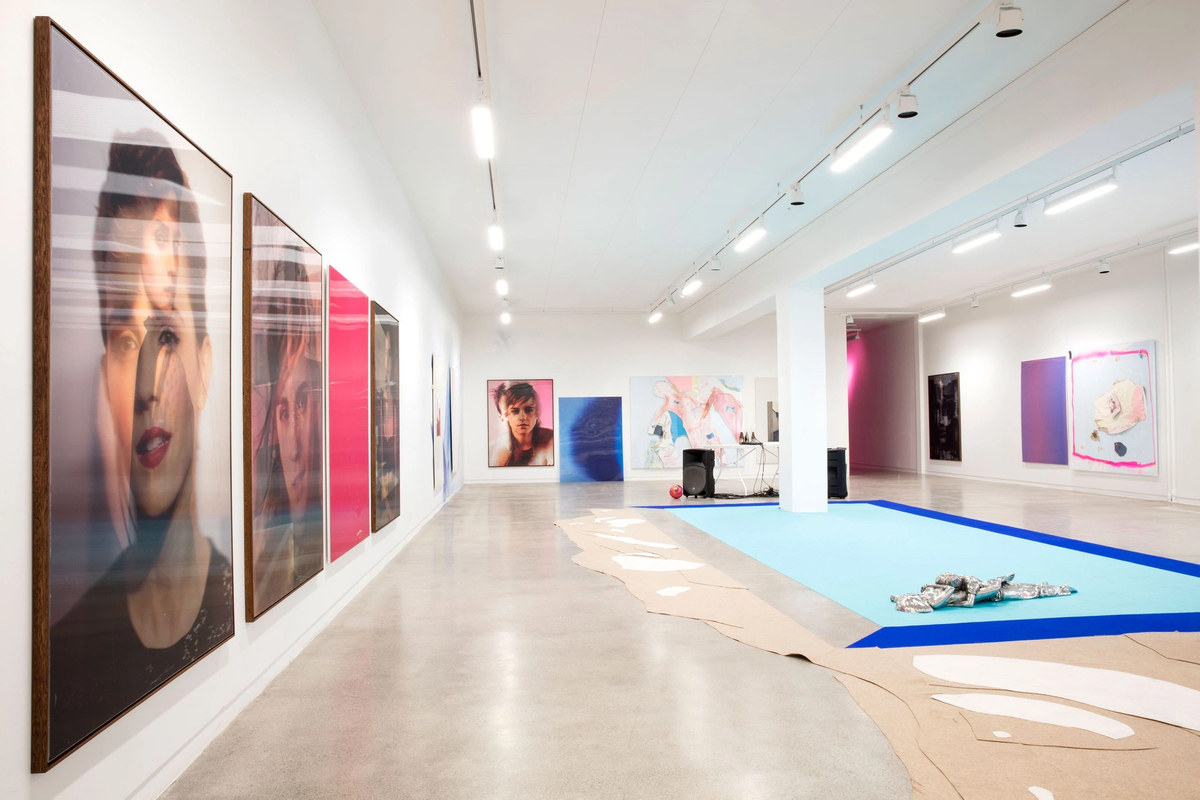 Rod Bianco is pleased to present Our Life, the first show of Swiss-born and NY based artist Yves Scherer at the gallery. The exhibition continues Scherer’s interest in combining recollections from his own personal life, fan fiction and celebrity culture into a narrative that examines the porous boundaries between media, virtual space, and everyday life.

Lenticular Prints featuring images of Scherer and actress/activist Emma Watson dominate the first room. Watson, who rose to fame playing Hermione Granger in the Harry Potter movies and has since become UN-Goodwill Ambassador for female rights, has been subject to Scherer’s work for a while now.; most notably in a sculptural body of work that combines computer aided making technologies with classical casting processes to create nude life- size figures of the actress. Here the combination of iconic pictures of the actress found online with images of the artist can be read as a fan fiction become physical - the dream of a life spent together. It’s the architectural pictures as third element in these pieces which locate the narrative and link the wall-works back to the environment they are installed in.

Scans from a book of photography depicting the work of Louis Barragan - one of the most notable and well-known architects in Mexico - they show empty domestic settings, the houses he built for himself and some of his most important clients. With the pictures changing while you move around the room, it’s the sensation of walking around in someone else’s life that these works provoke. As if we could catch a glimpse in their everyday, or reading this one-sided relationship a bit closer, of Scherer dreaming in pictures of it. In the next room there is a set of two metal sculptures placed on a euro pallet. The interweaved pose is taken from an image depicting the actor Johnny Depp and model/icon Kate Moss, him protecting and covering her naked body with his own. Taken by famous photographer Annie Leibowitz it shows the IT-couple of the 90’s in a seemingly private and intimate moment. Like in “Brangelina", where the couple has merged into a single entity or persona, Depp/Moss have served as a role model for their respective generation, helping to evaluate and measure our own relationships against these famous examples produced by the entertainment industry. Brightly illuminated and hung to the wall it’s hard not to be reminded of a crucifix as well, the famous depicting of Jesus hanging on the cross. Like God’s son who has given his life for us, the sculpture then could be read as the couple offering blood and body to the public - for greater goods.

Alongside this there are paintings on wood which are mounted into Perspex boxes. Half object, half image these works are made as a combination of paper and clothes and tune in with the mood of the rest the show, speaking of a southern environment where pools or the sea carry us through the day, and the swimming shorts pair with pink hair-bands.

It’s the split between these strangely private memories and the most-known face of Watson which is interesting here, a critical reflection of our interest in the life of others; of accessing things that our not legally ours and the constant breach of privacy that goes with this. At the same time much of the work is a celebration of life itself, of not looking at others having fun and gossip magazines for entertainment value, but instead to create your own narrative. It’s both document and fantasy of time spent with a romantic partner, in sunny places and with happy hearts.

Inquire about available works from the exhibition Our Life 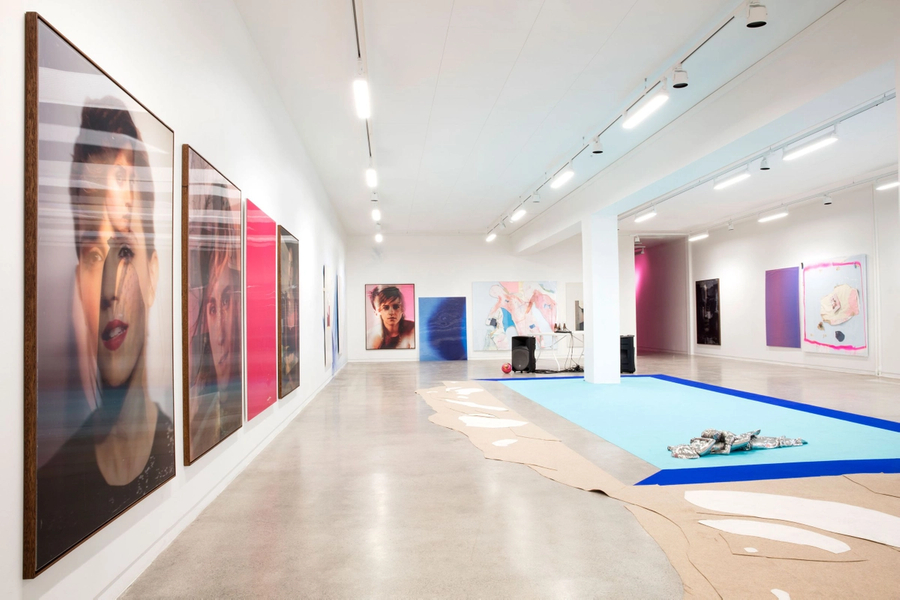 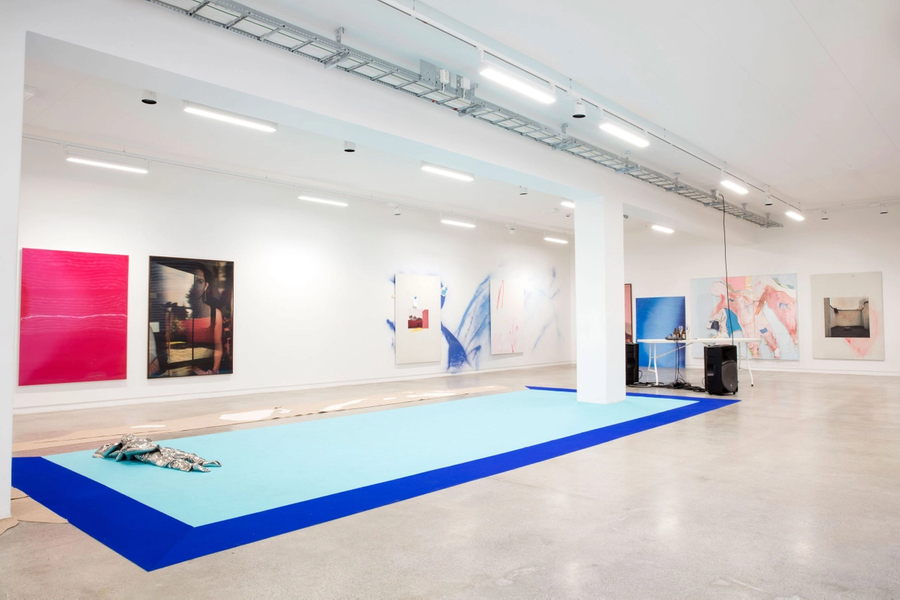 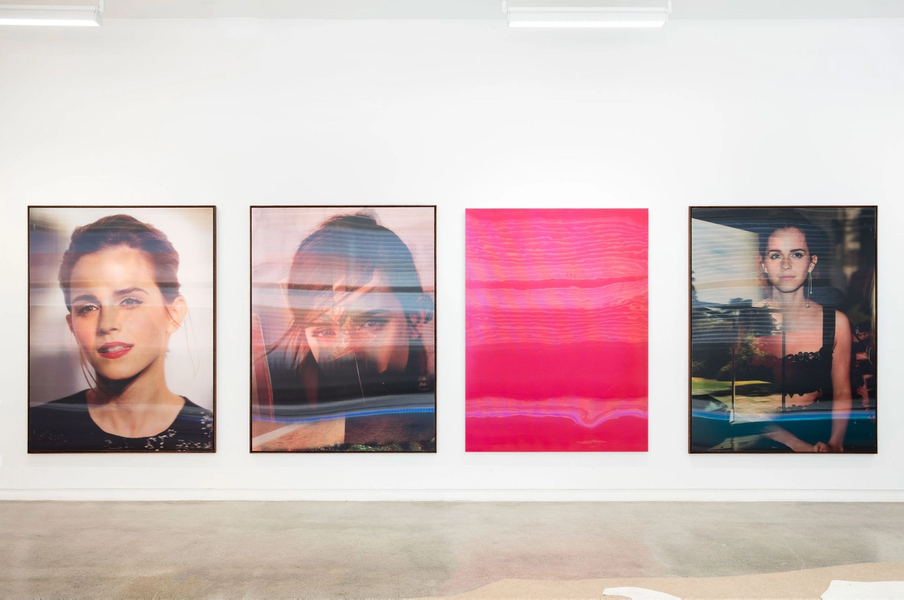 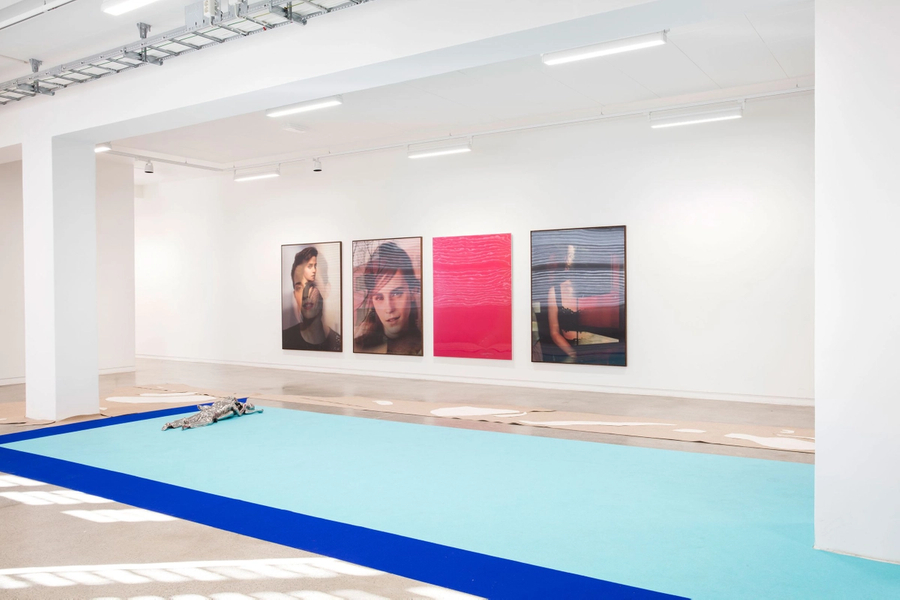 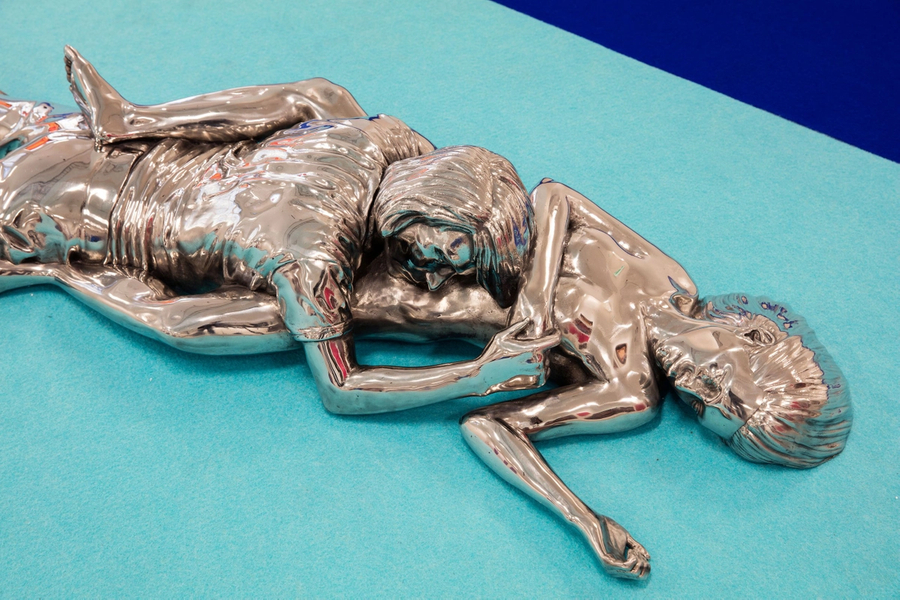 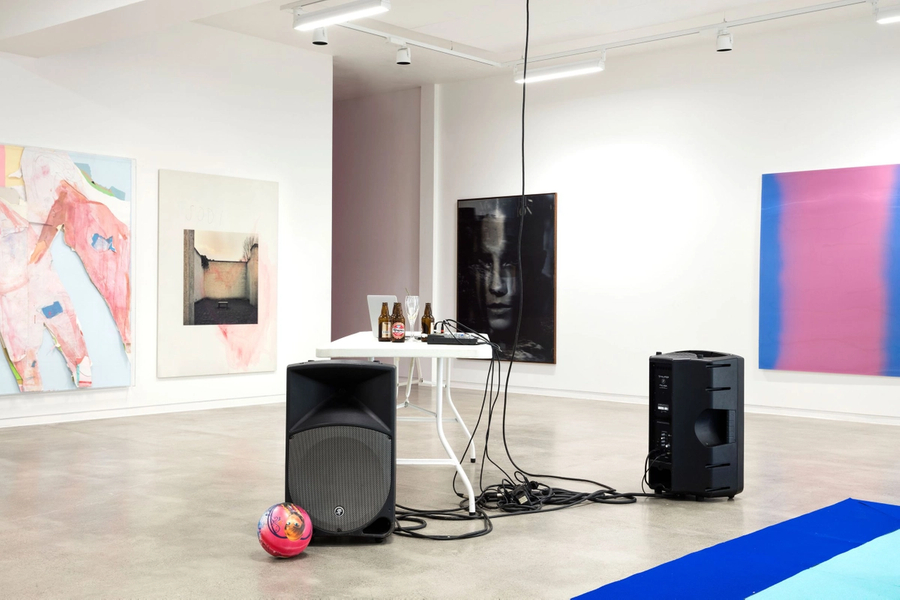 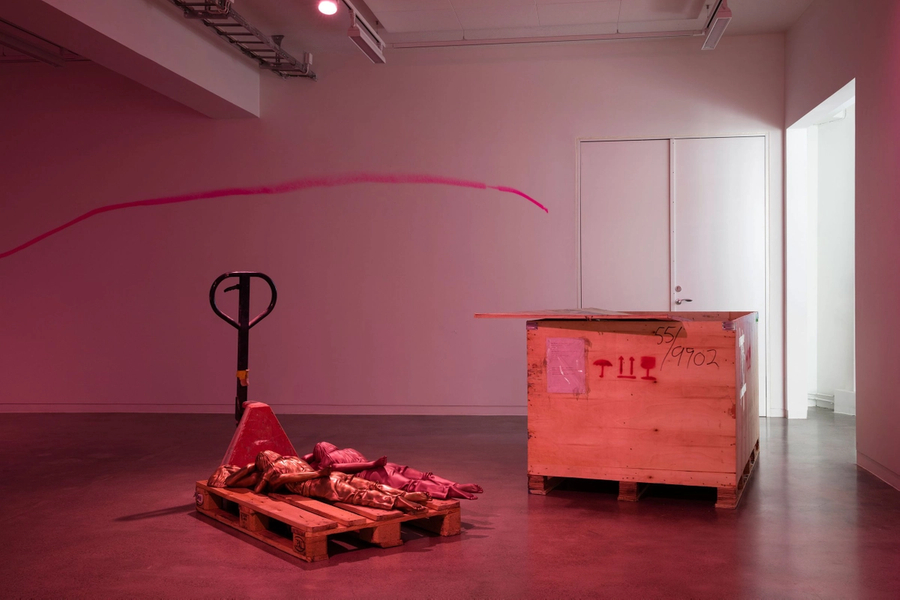 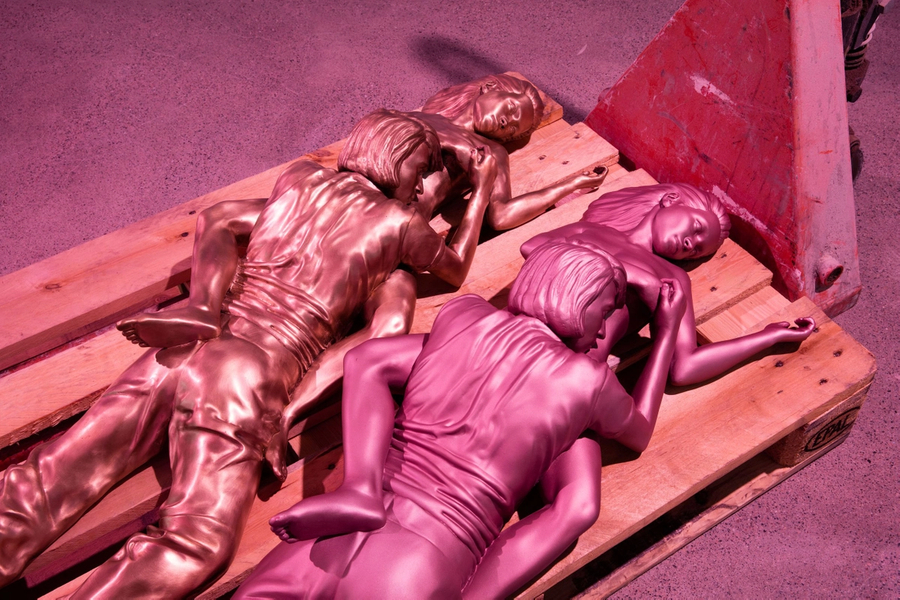 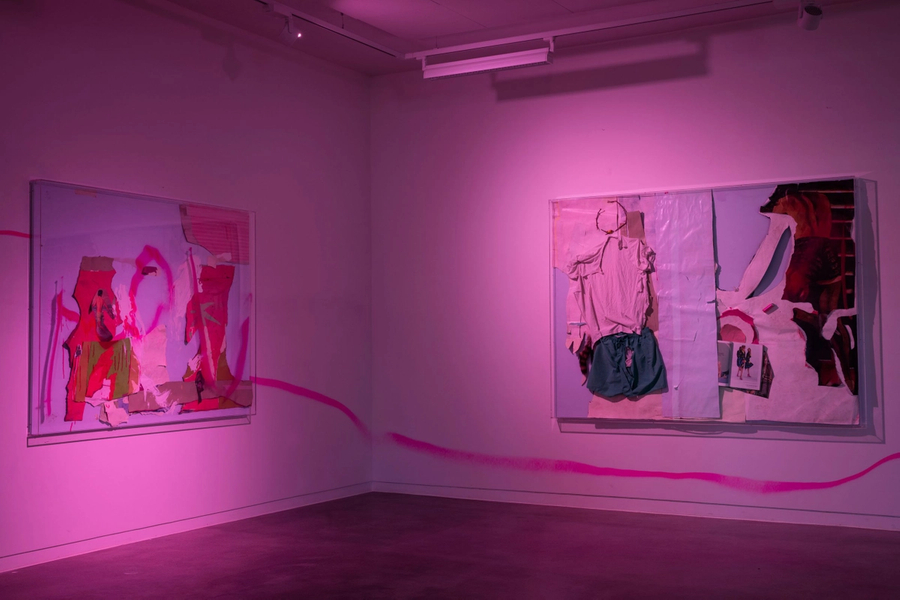 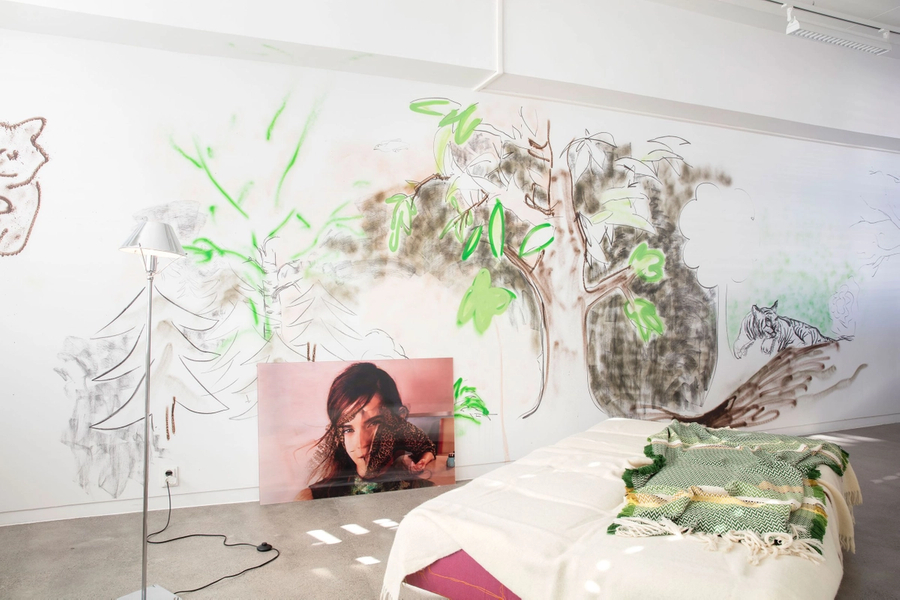 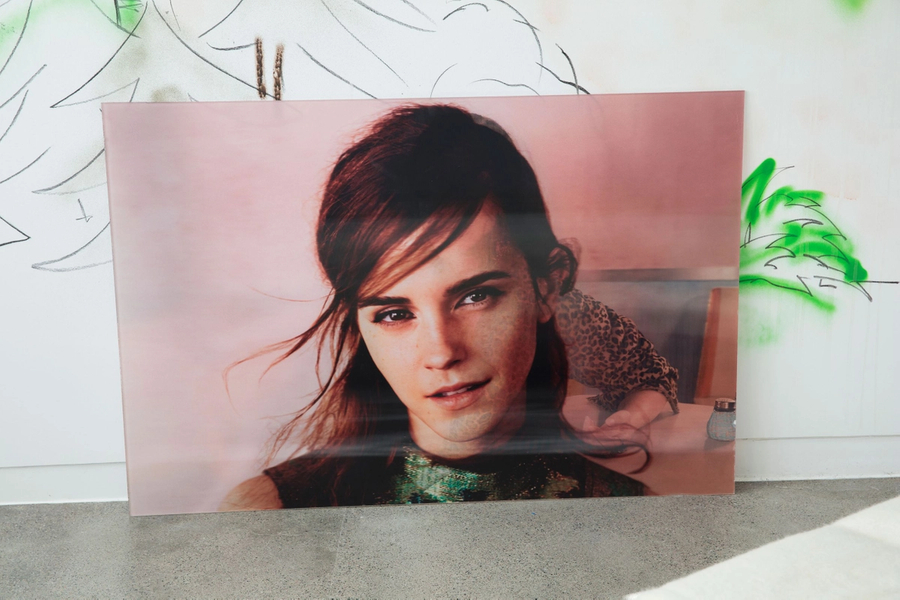